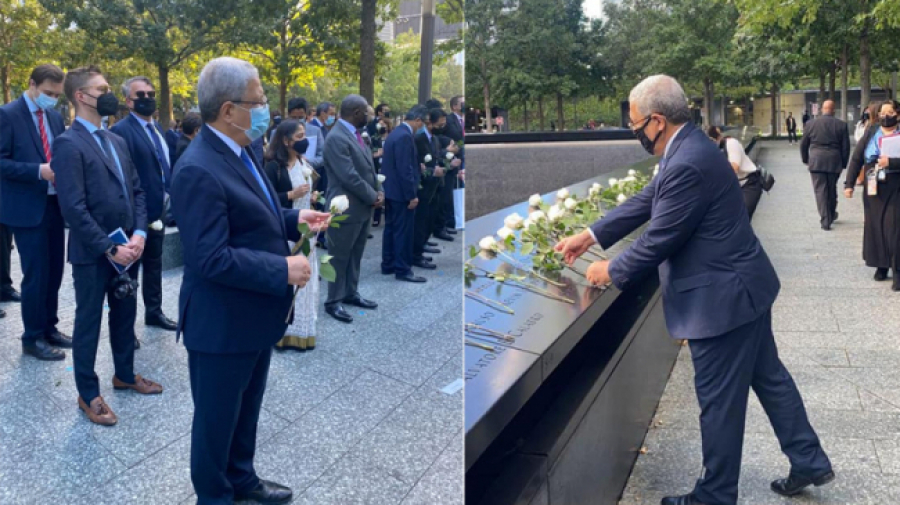 The Minister of Foreign Affairs, Othman Jerandi, joined, this Monday, in New York, the official ceremony marking the commemoration of the 20 years of the attacks of September 11, 2001. A participation that is part of the work (high-level meeting) of the 76th edition of the United Nations General Assembly.

This is an occasion for Tunisia, which currently chairs the Counterterrorism Commission under the Security Council, to reaffirm its solidarity with the victims of terrorism and to proceed with efforts at national and international levels to fight terrorism as well as all sorts of violent extremism.

During the ceremony, the participants, among heads of state and government and heads of delegation, went to the foot of the 9/11 memorial and laid wreaths of flowers in memory of the victims.

Tunisia-I Watch calls for the protection of whistleblowers
Tunisia-President Saied: “Our legal missiles are ready at any time to bomb them”
To Top