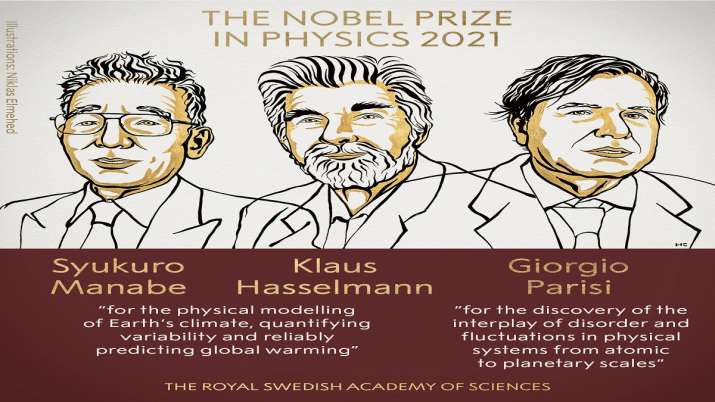 The Royal Swedish Academy of Sciences announced on Tuesday it has given the 2021 Nobel Prize in Physics jointly to Syukuro Manabe and Klaus Hasselmann, and Giorgio Parisi for overall “groundbreaking contributions to our understanding of complex physical systems.”

Manabe and Hasselmann won their half of the award “for the physical modeling of Earth’s climate, quantifying variability and reliably predicting global warming,” while Parisi did so “for the discovery of the interplay of disorder and fluctuations in physical systems from atomic to planetary scales.”

“The discoveries being recognized this year demonstrate that our knowledge about the climate rests on a solid scientific foundation, based on a rigorous analysis of observations,” Nobel Committee for Physics Chair Thors Hans Hansson commented on the academy’s decision.