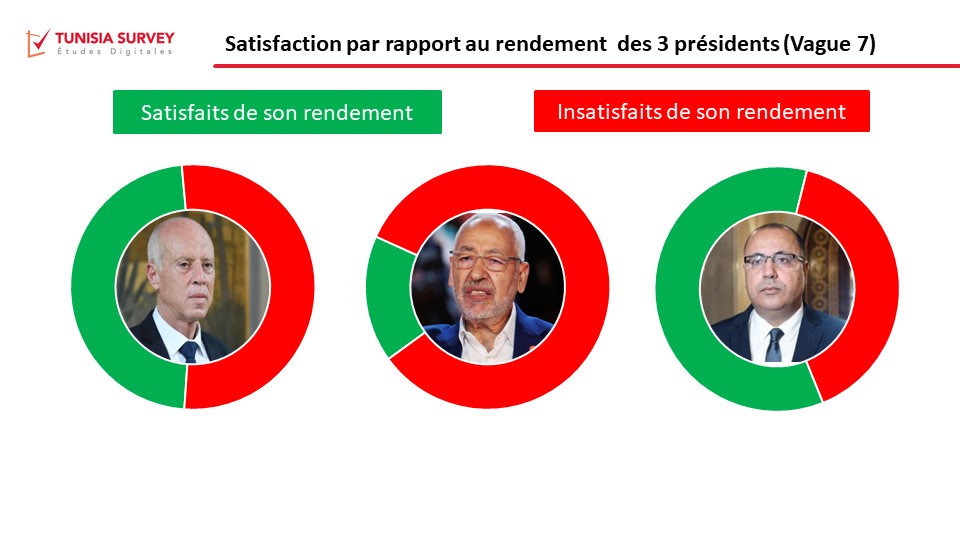 This barometer is based on a self-administered online survey which took place from September 11 to 17, 2020. Its goal is to estimate the satisfaction of Tunisian Internet users with the performance of the 3 presidents: Kaïs Saïed, Rached Ghannouchi and Hichem Mechichi.

Remember that after Elyes Fakhfekh offered his resignation to the President of the Republic, Hichem Mechichi was appointed by Kaïs Saïed on July 25, 2020, to be head of government and form his team in a more than tense political context.

On September 02, 2020, the Parliament approved Hichem Mechichi government who officially becomes the new head of government.

This seventh wave of the barometer is consequently distinguished by the exit of Elyès Fakhfekh and the entry into of Hichem Mechichi.

Recall that during the sixth wave, respondents’ satisfaction with the performance of the President of the Republic and the Speaker of Parliament was poles apart.

For this seventh wave, the sample size after the screening is 1,684 respondents. 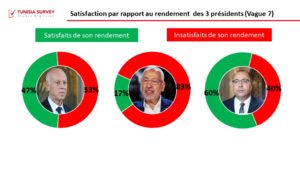 The Hous speaker is still unpopular. In the sixth wave, his unpopularity hit rock bottom: 85% of respondents were dissatisfied with his performance.

Rached Ghannouchi gained ’just 2 popularity points. Nonetheless, his rating did not change since for this seventh wave as 83% of respondents were dissatisfied with his performance. After 6 months of investigations, Rached Ghannouchi has failed to raise the bar.

For this seventh wave, Kaïes Saïed sees his popularity drop significantly since only 47% of respondents are satisfied with his performance. With a loss of 26 popularity points, Kaïes Saïed has fallen into unpopularity, despite positive results in recent waves.

The new Prime Minister, freshly “blessed” by Parliament, is popular. After ten days of leadership, 60% of respondents are satisfied with its performance. The main reasons for dissatisfaction are the lack of confidence and the lack of a program: 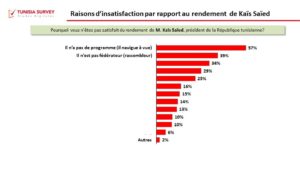 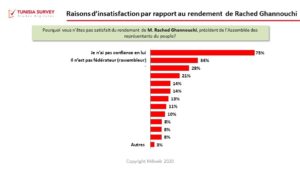 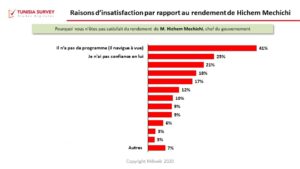 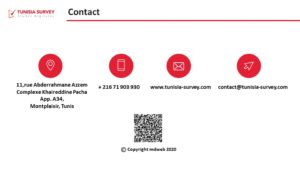