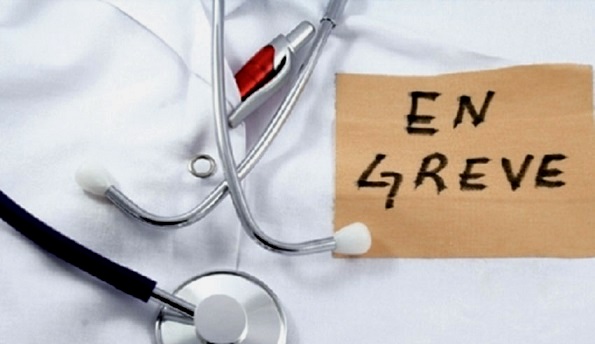 Partagez5
Tweetez
Partagez
+1
5 Partages
The basic union of doctors, pharmacists and dental surgeons of public health, disclosed that following the failure of the discussions between the supervisory authority and the unions, it was decided to keep the national strike planned for Tuesday, January 25.
The union calls on members to mobilize for this strike during which only emergency actions will be secured and to prepare for other forms of struggle. 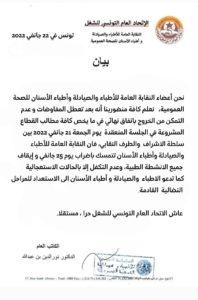 Tunisia- [Video]: Zakaria Bouguira warns of the virulence of a new mutant variant of Omicron
Tunisia: More than 10,000 fines for not wearing a mask in one week
To Top