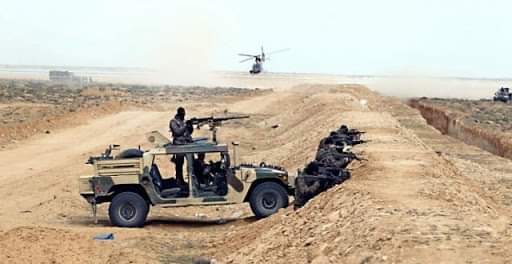 Military units in Remada spotted the suspicious movement of three cars coming from the Libyan side, the cars infiltrated the buffer zone at the level of the dirt berm. Warning bullets were shot in the air by the military to force them to stop however they didn’t obey

At the second stage, shots were fired at the tires level forcing two cars to stop while the third vehicle run away, upon inspection two Tunisians were arrested, one of whom was shot in the leg.

The military units took care of him on the spot and transported him by military ambulance to Remada Hospital, he didn’t sustain any serious injuries. The second arrested person will be handed over to the National Guard units to complete the legal procedures against him.