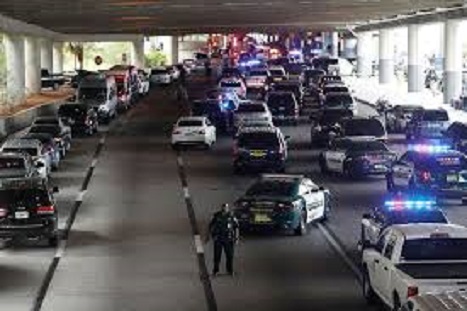 Four people, including a UPS driver, were killed after thieves snatched the driver’s truck and led policemen on a pursuit that concluded in shooting at a busy South Florida intersection during rush hour, the FBI said.

Both robbers were shot and killed, and the fourth victim was in a nearby vehicle when bullets rang out at a crowded intersection in Miramar, about 20 miles (32 kilometers) north of where the incident began, FBI Special Agent in Charge George Piro said during a news conference Thursday night.