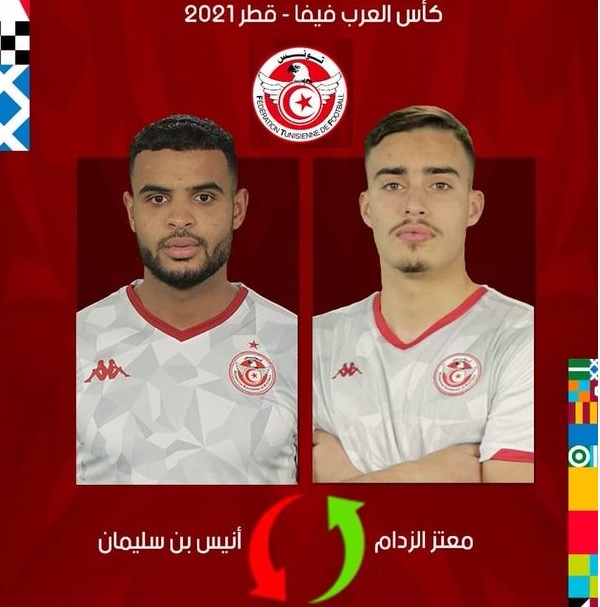 Partagez20
Tweetez
Partagez
+1
20 Partages
It’s official! Following the departure of defender Aymen Abdennour, who was substituted by J. Khemiri, another change within Tunisia has occurred. It is Motâz Zaddem’s turn to replace Anis Ben Slimane for the 2021 Arab Cup.
Note that no reason was provided by the FTF in its publication. According to our sources, this is due to the team not being ready to release him despite the efforts of Slim Ben Othman, the head of the players abroad, who revealed that the FIFA Arab Cup is being played outside the FIFA date and that the decision to release players rests with the clubs despite the deal reached for the players present on the initial list.
This agreement is not binding on clubs who may evaluate this decision following injury, suspension or cases of Covid.
Partagez20
Tweetez
Partagez
+1
20 Partages

Arab Cup: Tunisian line up likely against Mauritania
Tunisia vs Mauritania: an Iranian as a referee
To Top