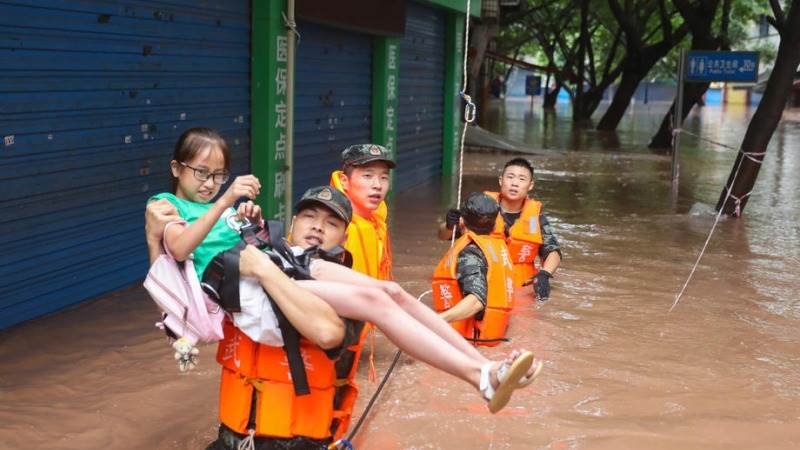 The death toll from the floods in central China rose on Wednesday, with at least 18 reported deaths and over 200,000 people being displaced from their homes.

According to local media outlets, the floods prompted the dam in the Henan province’s capital Zhengzhou to overflow contributing to the increased death toll. Furthermore, it was reported that a year’s worth of rain fell in the province in just one day, causing landslides and further flooding.

Earlier today, China’s President Xi Jinping directed the relief workers to prioritize the “protection of people’s lives and properties,” as he told citizens to take measures to protect themselves. He also urged the relevant authorities to “restore life to normality” as soon as possible.