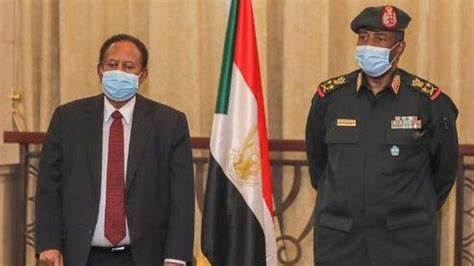 Sudan’s Prime Minister Abdalla Hamdok and General Abdel-Fattah Al-Burhan signed an agreement in a public ceremony in the presidential palace in Khartoum on Sunday afternoon to end the month-old political crisis in the country.

Under the agreement, Hamdok’s position as prime minister will be restored.

The 14-point political deal stipulates severe adherence to the country’s 2019 constitutional declaration pending its amendment based on a consensus of all the forces of the revolution, the freeing of all ministers and politicians arrested since 25 October; the formation of a non-partisan, technocratic cabinet; and the conducting of a transparent investigation into all crimes of killing since 25 October.