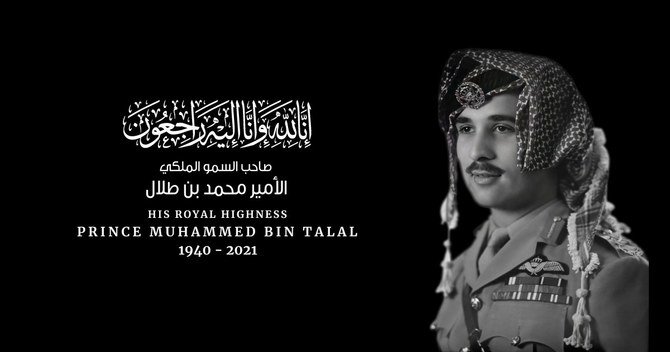 Jordan’s Prince Muhammad bin Talal has died at the age of 80, the Royal Hashemite Court declared on Thursday.
Born in Amman on October 2, 1940, he was the second son of King Talal of Jordan and the younger brother of King Hussein of Jordan and served as Crown Prince from 1952 until 1962.
“The Royal Hashemite Court mourns the passing of His Royal Highness Prince Muhammed bin Talal, the personal representative of His Majesty. Prince Muhammed, may his soul rest in peace, passed away on Thursday, 29 April 2021,” a statement said.
The statement pointed out that Prince Muhammad will be buried after prayers on Friday in the royal shrines at the Royal Guard Command Mosque.