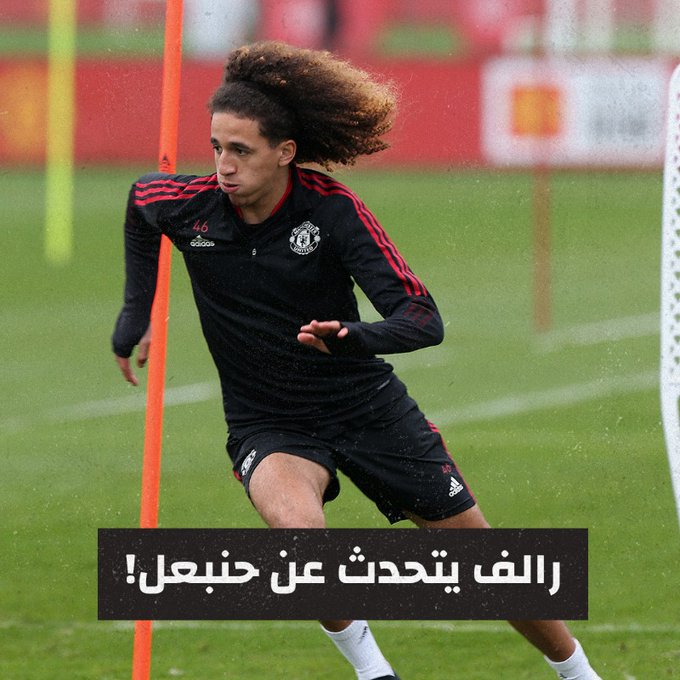 Ralf Rangnick has confirmed that Hannibal Mejbri will be involved with the Manchester United first-team when he is back at the club following international duty.

Mejbri, 18, was a key member of the Tunisia side that finished runner-ups in the Arab Cup last week and will be away with his national side next month for the African Cup of Nations.

In an interview published on the official Manchester United website, Rangnick confirmed that Mejbri will be used in the first team, particularly after January when the next international competition finishes.

“We had 25 players in on Thursday and the only one missing was Paul Pogba,” Rangnick told club media this week.

“Hannibal was here training for the first time since I arrived having just come back from the Arab Cup.”

“Unfortunately for us and for him he will be missing out [with us] again in January because of the Africa Cup of Nations.”

“I watched the final before his substitution and I’m fully aware that we have another good, highly-talented player coming from our youth ranks and hopefully after the Africa Cup of Nations he can regularly train and be part of our group.”

Nabil Maaloul: No negotiations with players having problems with EST
Algeria’s lineup for CAN 2021 in Cameroon
To Top