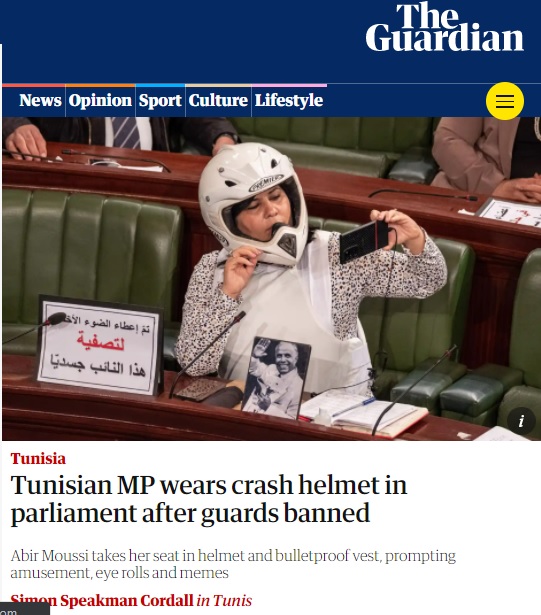 The international press has today evoked the look of PDL leader Abir Moussi in the parliament today.

“A photo of Moussi sitting in parliament with a picture of Ben Ali’s predecessor, Habib Bourguiba, in front of her provoked amusement and resignation among Tunisians, who are wearied by the seemingly endless fighting between the parliament’s religious and secular blocs and increasingly concerned by rising cases of Covid-19 and mounting national debt,”the article pointed out.

The Guardian wrote ,that”According to analysts such as Youssef Cherif, the head of the Columbia Center in Tunis, such is the degree of polarisation in Tunisia at present that the threat to Moussi from a lone actor is very real. However, Cherif said Moussi’s attire on Tuesday was “quite ridiculous”.

“In a country where the meme is king, a startup business offering taxi scooters took just hours to appropriate Moussi’s image and, recasting her helmet in company colours, use it as part of a recruitment drive”, adds the same source. 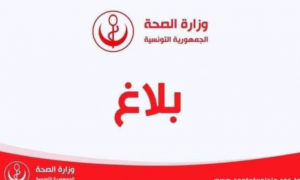 Tunisia-President Saïed ready to consider a dialogue different from the previous ones to get out of the crisis
Tunisia-Abdellatif Mekki: Country cannot withstand a new general lockdown
To Top