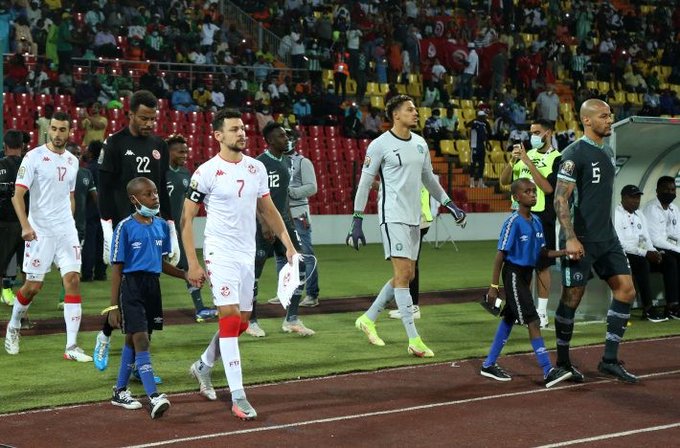 A wonderful qualification was created against Nigeria for the quarter-finals, these are the actual challenges delivered by the Tunisians who were struck by 8 cases of Covid and 2 suspended players as well as their coach, who remained isolated.

On this qualification,  assistant coach Jalel Kadri said: “The national team has excelled despite the immense technical capacities of the Eagles, particularly from a tactical point of view. Today’s heroic performance on the pitch against the Nigerian team came as a reaction to all the criticism directed at the technical staff, who represent Tunisian coaching in general.”

For his part, Nigeria coach Augustine Eguavoen talked at the conference: “There were issues with speed in the passes. We attempted to change tactics, but it didn’t work. Our game didn’t come together, and the competitor played hard on us. They were all really playing defence.” He adds: “We did not underrate our opponents. We tried to move on, but it didn’t work out.”

Youssef Msakni, man of the match against Nigeria
CAN 2021: Tunisia warned and sanctioned
To Top