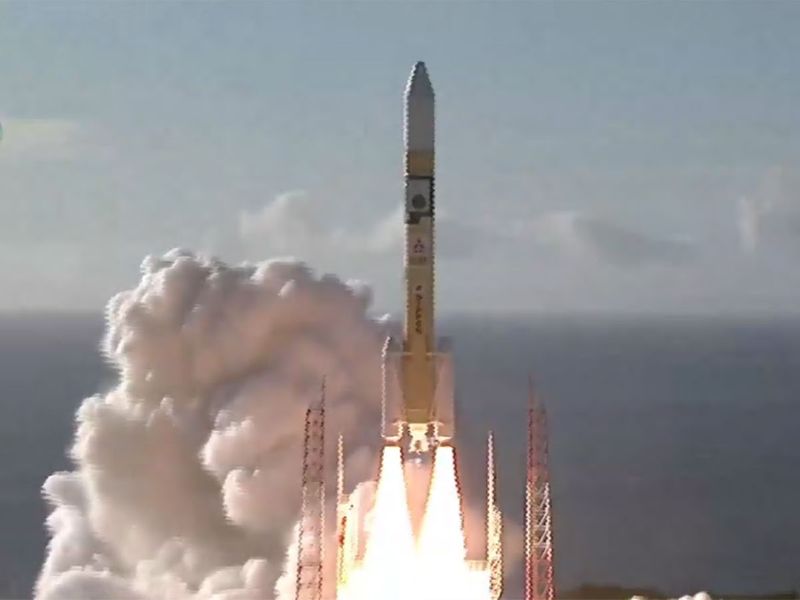 The United Arab Emirates’ historic first mission to Mars has begun, after a successful lift-off in Japan.
The Hope probe propelled on an H2-A rocket from Tanegashima spaceport and is now on a 500-million-km journey to investigate the planet’s weather and humidity.
Two previous trials to launch the probe in the past week had to be called off because of unfavourable weather.
Hope’s arrival in February 2021 is set to correspond with the 50th anniversary of the UAE’s formation.

The Emirates Mars Mission has cost $200 million, according to Minister for Advanced Sciences Sarah Amiri. It aims to provide a complete picture of the Martian atmosphere for the first time, studying daily and seasonal changes.

The UAE first announced plans for the mission in 2014 and launched a National Space Programme in 2017 to develop local expertise.

It has an ambitious plan for a Mars settlement by 2117. Hazza al-Mansouri became the first Emirati in space last September when he flew to the International Space Station.

The MBRSC space centre in Dubai will oversee the spacecraft during its 494 million km (307 milion mile) journey at an average speed of 121,000 km per hour.