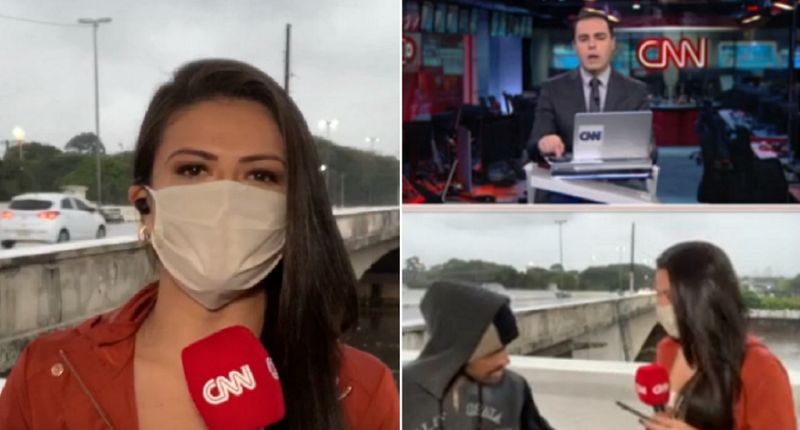 CNN Brasi Bruna Macedo was robbed during live broadcast under the threat of a knife.

Bruna was in the Ponte das Bandeiras region, showing the level elevation of the Tietê River, due to the early morning rains in São Paulo.  she was suddenly approached by a man with a knife , he took her two cell phones away. He made threats as she handed over a cell phone.

Police arrested the man , as for the reporter she was released from work and returned home to recover from the incident.