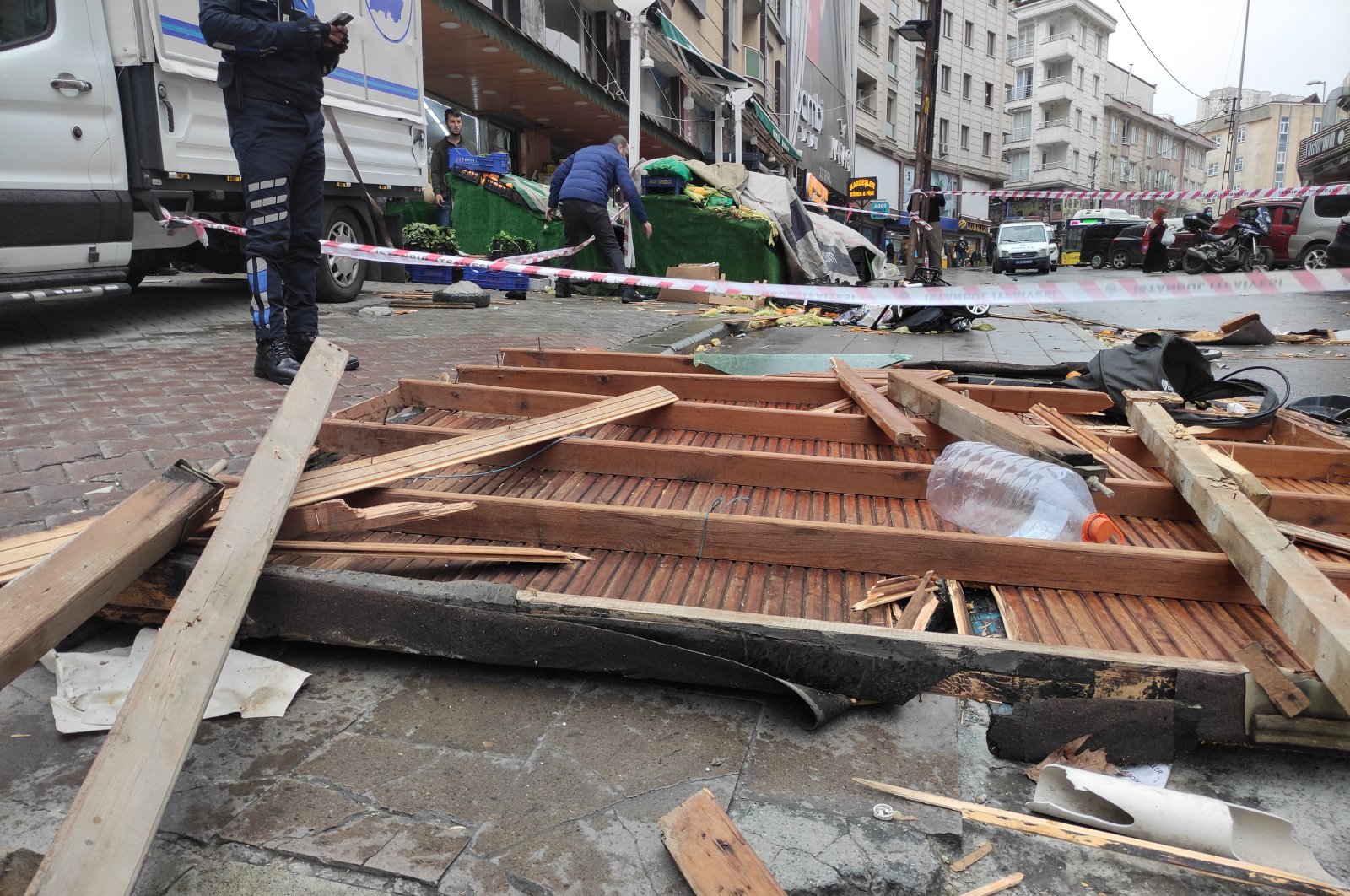 At least four people, including a foreign national, passed away and dozens of others were wounded on Monday after heavy storms hit Turkey’s biggest city Istanbul and its surrounding regions, the governor’s office said.

Seas overflowed and roofs blew away in some provinces of Izmir, Kocaeli and Bursa. Turkey’s weather agency issued an orange-level storm warning for 17 provinces, the second-highest of the four danger levels, and a yellow alert, the third-highest danger level, for 35 provinces.

In a statement on Twitter, Health Minister Fahrettin Koca confirmed four people lost their lives and 38 people were injured.

“Due to the adverse weather conditions caused by southwesterly winds that have been effective in Istanbul since the morning, four people have lost their lives, one of whom was a foreign national and three were our citizens,” the Istanbul Governor’s office said in a statement.