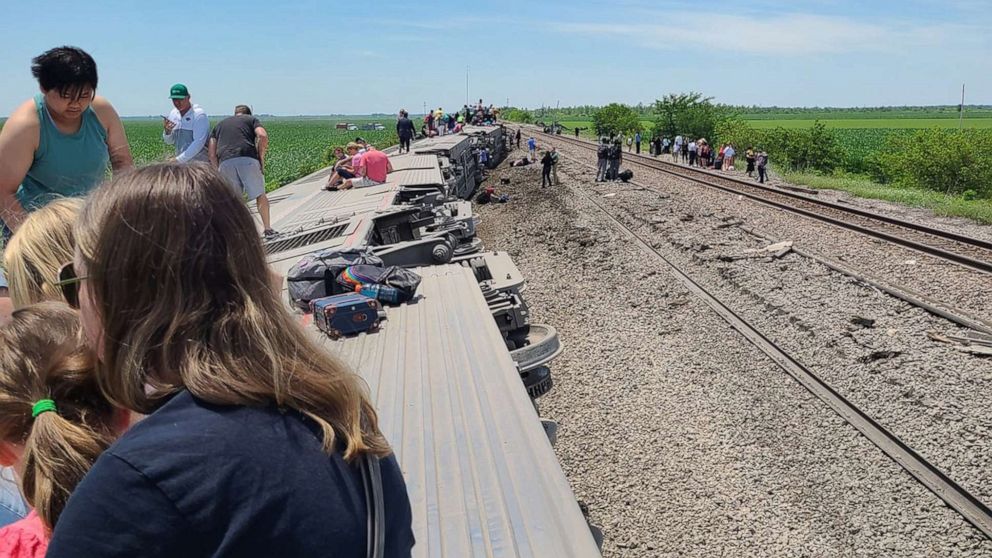 Several passengers were reportedly killed and up to 50 injured when an Amtrak train derailed after hitting a dump truck at a crossing near Kansas City, Missouri, on Monday.

Amtrak said in a statement the train collided with a dump truck at a public crossing near the city of Mendon at about 1:42 p.m. CT.
Eight cars and two locomotives left the track “after striking a truck that was obstructing a public crossing near Mendon, Missouri,” company officials said in an updated statement.
Amtrak had said earlier that there were approximately 243 passengers and 12 crew members on board the train.
Partagez4
Tweetez
Partagez
+1
4 Partages