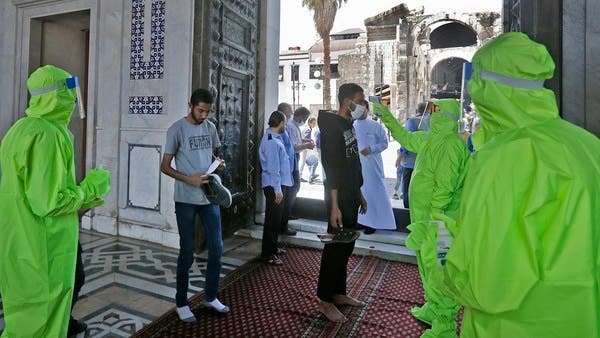 More than 200 UN staff members have been infected by COVID-19 in Syria as the global body steps up its contingency plans to combat the fast spread of the pandemic in the country, medical workers and UN officials said.

UN Resident Coordinator and Humanitarian Coordinator in Syria, Imran Riza, last Tuesday told UN heads of agencies in a letter to distribute to staff that the UN was in the final stages of securing a medical facility for treatment of cases.

“More than two hundred cases have been reported among UN staff members, some of whom have been hospitalized and three who were medically evacuated,” the top UN official in Syria said in the letter, which was leaked to Reuters from an infected local staff member.

Humanitarian workers and medics said the real number of cases is considerably higher, including the hundreds of staff employed by NGO partners working for the dozen UN agencies that oversee the country’s largest humanitarian relief operations.

Riza said there had been a ten-fold spike in infections in Syria in the two months since he last briefed staff, referring to health ministry figures that say there have been 3,171 cases and 134 deaths since the first case was reported on March 23.

“The “epidemiological situation across the country has changed considerably,” Riza said.

Damascus-based medics and relief workers are skeptical of official figures, saying the authorities are covering up. The authorities deny that but admit testing is limited.

The United Nations has expressed concern about the spread of the coronavirus in a country where the health infrastructure has been shattered by war and medical supplies are limited.

Witnesses and cemetery officials say there had been a tripling of burials since July in a cemetery that lies south of the capital, where NGOs and medics say most cases are concentrated.

Tunisia-Cancellation of several cultural and youth events in Manouba to prevent COVID-19
Tunisia-Abir Moussi: The Tunisian state, the main supporter of terrorism
To Top