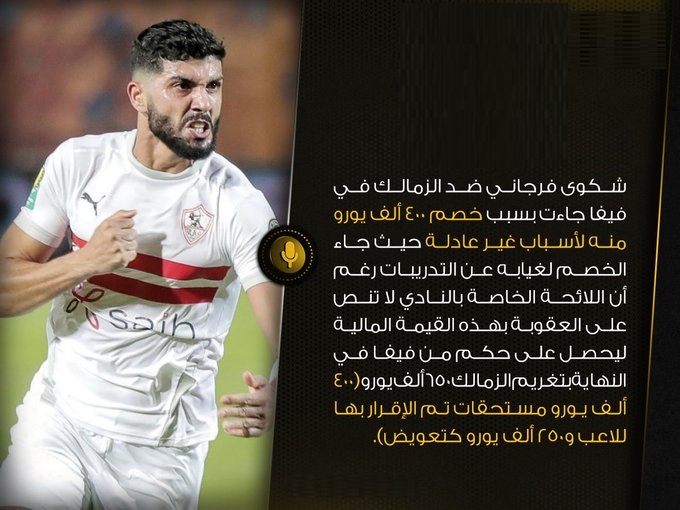 Partagez6
Tweetez
Partagez
+1
6 Partages
It’s official. FIFA ruled in favour of Tunisian international midfielder Ferjani Sassi in the payment of 650,000 euros, after the player requested compensation of one million euros.
As a reminder, Ferjani lodged a complaint in which he demanded repayment of one million euros after 400,000 euros were subtracted from his contribution with Zamalek, due to his absence from the training of the team for a day.
In this regard, the Zamalek board has begun discussions with Ferjani Sassi, the team’s former player, to settle the penalty inflicted on the club after the player received a judgment of 650,000 euros.
Partagez6
Tweetez
Partagez
+1
6 Partages

Arab Cup: ideal team with Jaziri and Msakni, but without Hannibal!
Nadal tests positive for COVID-19
To Top