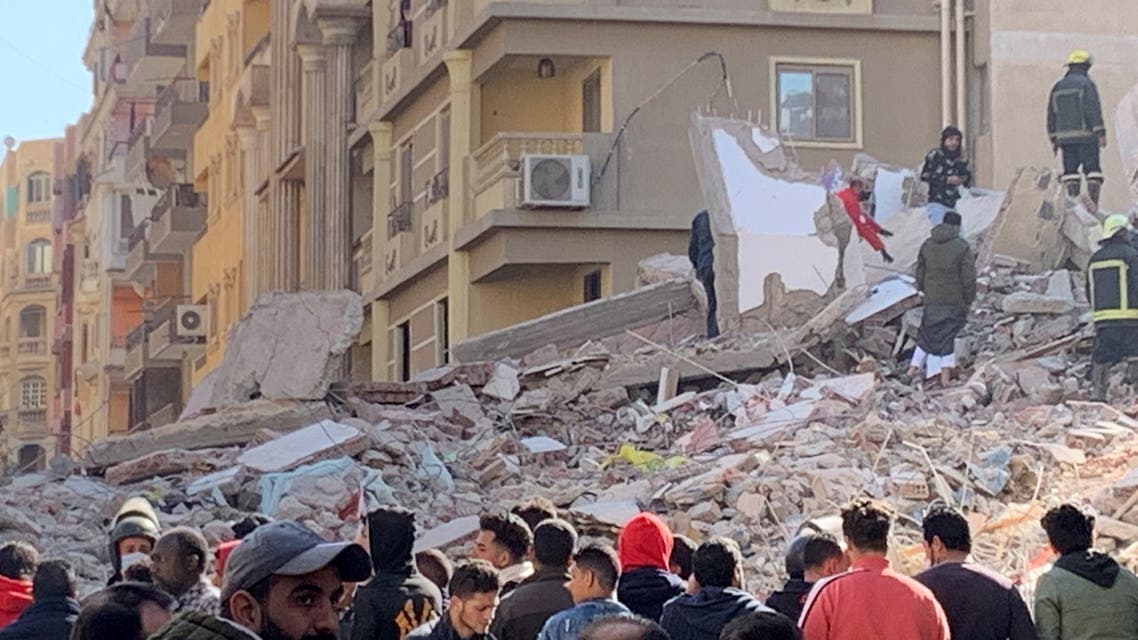 Five people died and more than 20 were wounded Saturday as a building collapsed in the Egyptian capital Cairo, local authorities said.

“The governorate’s crisis room was informed at 3:00 am (0100 GMT) of the collapse of a building consisting of a basement, a ground floor and nine (upper) floors,” the Cairo governorate said in a statement.It said that five people were confirmed dead and 24 wounded in the collapse in the Gesr Suez district near Heliopolis in the east of the city.

“Khaled Abdel Aal, the governor, immediately went to the site of the incident accompanied by civil protection forces,” the statement added.

He ordered the “establishment of an engineering committee” to inspect surrounding buildings and evaluate the impact.

Egypt has suffered several deadly building collapses in recent years, due to the dilapidation of many premises and poor adherence to planning regulations.