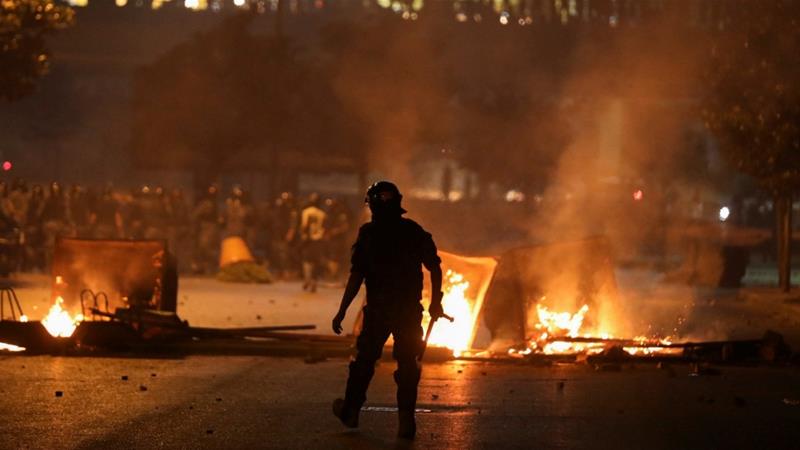 Hundreds of people have rallied in towns throughout Lebanon for a second night over the approach of the country’s economic crisis.

The Lebanese pound has dropped to record lows, having dropped 70% of its value since October when demonstrations started.The financial crisis has worsened during the coronavirus pandemic, the BBC reported.

Demonstrators in the capital, Beirut, and in the northern city of Tripoli, hurled stones and fireworks at police who employed tear gas and rubber bullets.

The pound’s decline seemed to halt on Friday after the government declared that the central bank would start injecting more US dollars into the market in a bid to stop the pound’s freefall.

It comes as the government prepares to hold talks with the International Monetary Fund (IMF) with the hope of securing billions of dollars in financing to help put the country’s economy back on track.

However, any bailout is assumed to involve severe economic reformations in a country built on a sectarian political system that is likely to face stiff resistance from the entrenched parties.

Many Lebanese citizens who rely on hard currency savings have fallen into poverty due to capital controls, as banks restrict dollar withdrawals. More than a third of the population is unemployed, the news outlet added.