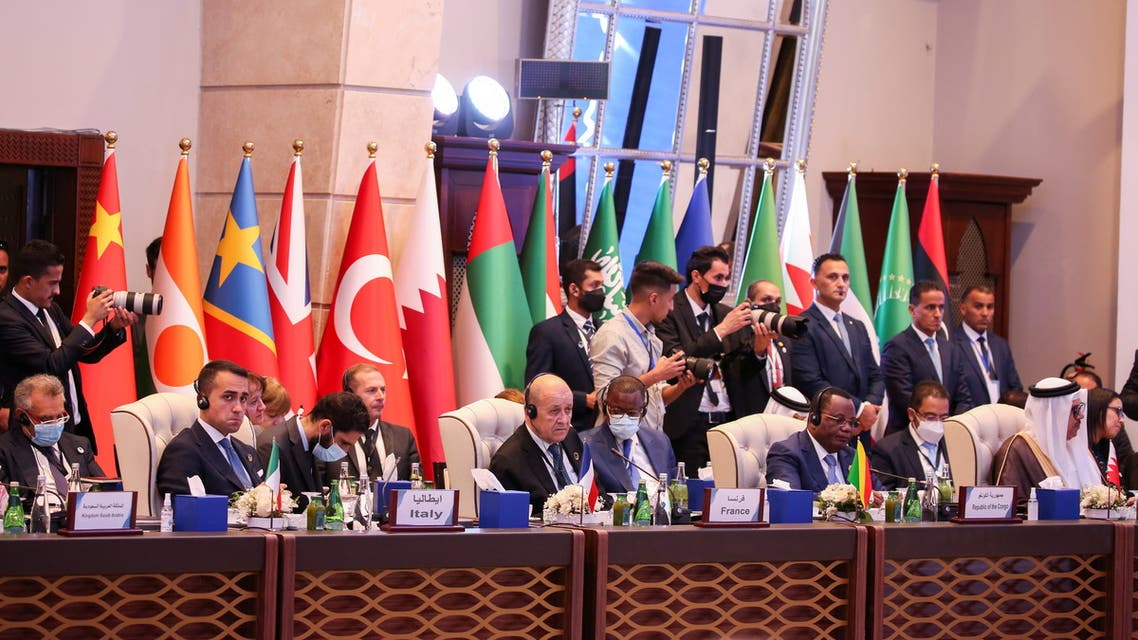 The Libya Stabilization Conference ended on Thursday with a communique stressing the need for confidence-building steps to enable fair, transparent and inclusive elections on Dec. 24, Libyan Foreign Minister Najla El-Mangoush said on Thursday.

At a joint news conference with Kuwaiti foreign minister Ahmed Al-Sabah, the Libyan minister added that the communique cited a commitment to the sovereignty and independence of Libya and rejection of foreign interference in its internal affairs.

His Kuwaiti counterpart expressed full support for the new unified authority in the North African country represented by the National Unity Government and the Presidential Council.

He rejected all forms of foreign interference in the oil-producing North African country and underlined Libya’s right to preserve its assets in foreign banks.

Earlier in the day, Libyan Prime Minister Abdulhamid Dbeibah told the conference in Tripoli that it was possible to end the lengthy crisis gripping the country since the NATO-backed uprising that toppled Muammar Gaddafi in 2011.

He endorsed the holding of a national election on Dec. 24 as envisaged in a UN-backed peace plan.