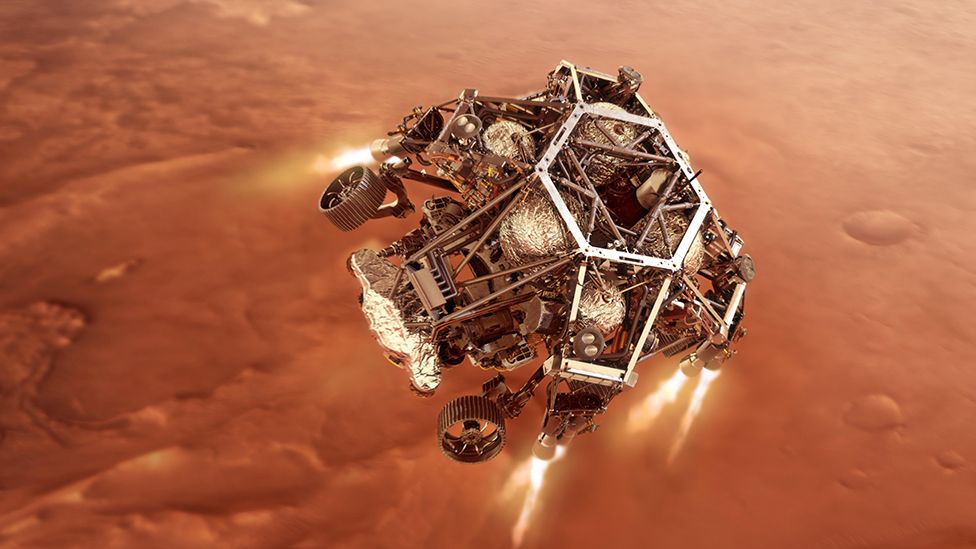 NASA has successfully landed its Perseverance rover in a deep crater near the planet’s equator called Jezero.

Engineers at Nasa’s mission control in California exploded with happiness when confirmation of touchdown came through.

The six-wheeled vehicle will now spend at least the following two years drilling into the local rocks, scanning for evidence of past life.

Jezero is believed to have held giant lake billions of years ago. And where there’s been water, there’s the possibility there might also have been life.