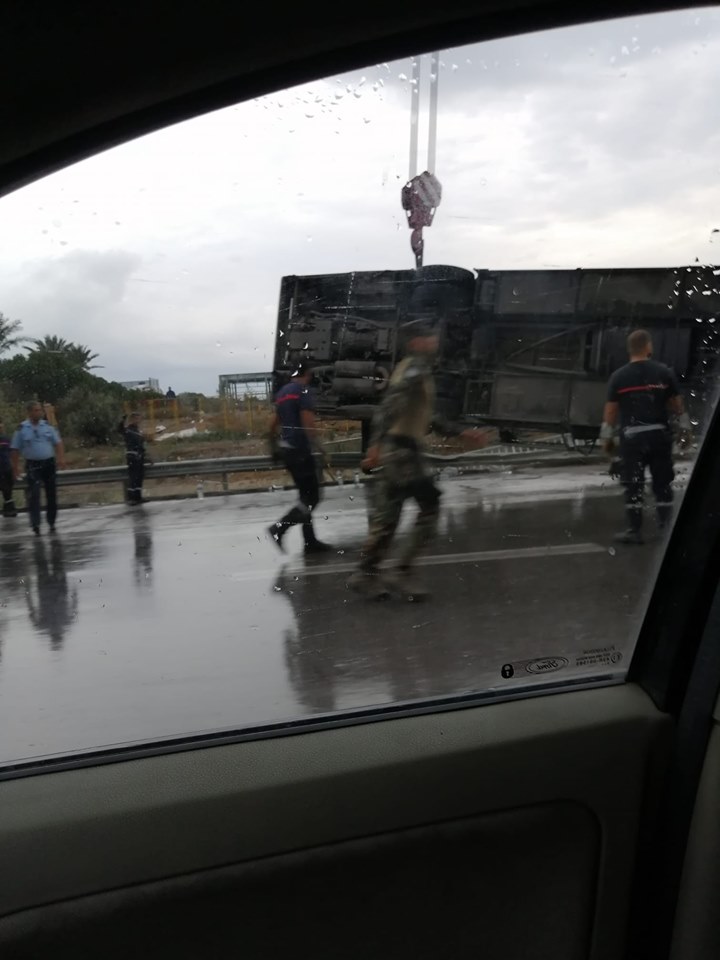 14 national guard officers were wounded, including one sustaining severe injuries, in a bus accident on the national highway Tunis-La Marsa, announced spokesperson for the National Guard Houssem Jebabli.

Carrying 50 officers, the local bus overturned on the national road No. 9 between Tunis and la Marsa.the officers were on their way to ensure operational security in Sidi Bouzid’s polling centres. All the injured were promptly transferred to the Marsa hospital.