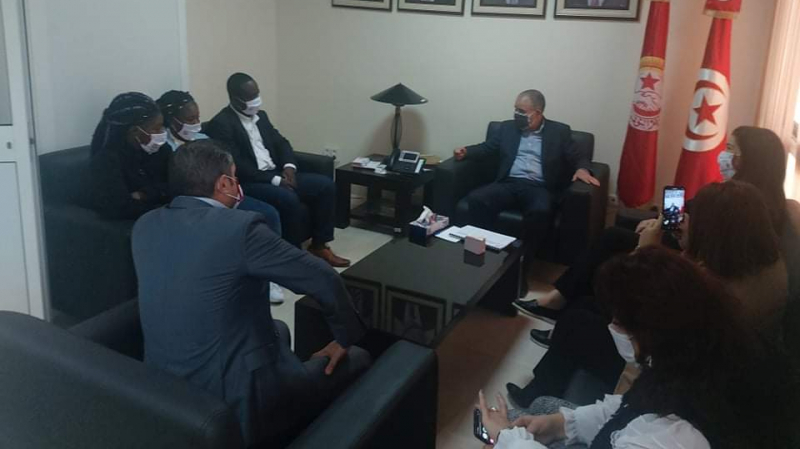 For the first time in Africa and the Arab world. The Tunisian General Labor Union (UGTT ) on Wednesday 2 November distributed membership cards to sub-Saharan workers living in Tunisia.

In the presence of Noureddine Taboubi, the UGTT secretary-general, the Sub-Saharans have received their membership cards to the Ugtt, this is a first in the Arab and African world, as verified by the representative. of the international labour organization.

Taboubi restated the attachment of the union to guarantee all the rights of foreign workers in Tunisia, including those from Sub-Saharan countries.

For her part, Naima Hammami, deputy secretary-general of the Union  in charge of international relations, declared that the Ugtt has already set up committees responsible for the rights of foreign workers in Tunisia, recalling that the trade union centres had presented its helping Sub-Saharans during the coronavirus crisis.