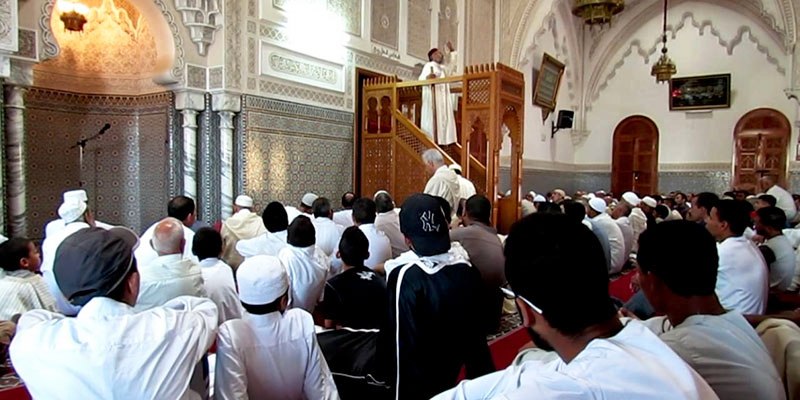 Ennahdha will be preparing for a challenging test this Friday. That of measuring oneself in the street. Islamists desire to mobilize as many supporters as possible in the roads for what they call a “decisive protest.” They plan to show everyone, and above all, the representatives of the foreign media who will be certain to cover this demonstration, that they are, despite everything said about them, the majority in the country.

It is with this in mind that Ennahdha called for its first rally since July 25. And for it, there is no question of skipping its exit, if it wants to prove to the world that Saïed is not as majority as he asserts and that he does not profit from the support of all Tunisians.

However, Ennhdha understands well that the days when it could mobilize crowds, whether out of ideological sympathy or with cash bills, are over. The leadership of Ennahdha has detected that lately, it is incapable to convince its own members. And it’s the same scenario in the regions. Their supporters, and even their members, indict them of having blundered and made too many errors, to the point where they now feel plagued and despised by the rest of the Tunisians.

Some people don’t even like to hear about their programs and lectures that lead nowhere anymore. So, if Ennahdha does not want to lose face this Friday, it will have to be able to count on a large number of people present at Bourguiba Avenue. And although it is guaranteed the support of its old allies, the so-called Democratic parties calling for demonstrations on the same day, it worries that they, too, will not be able to bring back many people.

This is why it appears that the Sheikh did not hesitate to appeal to the small satellite groups of his party, to request them for reinforcements. So, the solution which remains to him is all found. He will mobilize and conscript, as in the good old days, in mosques. And that’s good since January 14 coincides with a Friday. So all he had to do was put the men in the mosques, teach them the right discourse, to convince the faithful that Islam was in danger, and voila. At least, they hope!

Moreover, one only ought to look at the schedule Ennahdha chose to start its demonstration on January 14, to understand their designs. If they have picked to start their manifestation at 2:00 p.m., they will be sure to be in full swing when the Friday prayer comes out, and they hope that they will be followed by a certain number of devotees, if not. only out of courtesy, in order to give the media a change of heart which will evaluate the participation in this event! 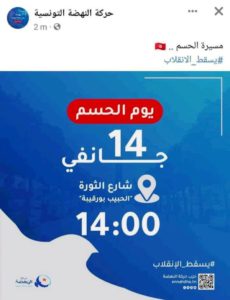