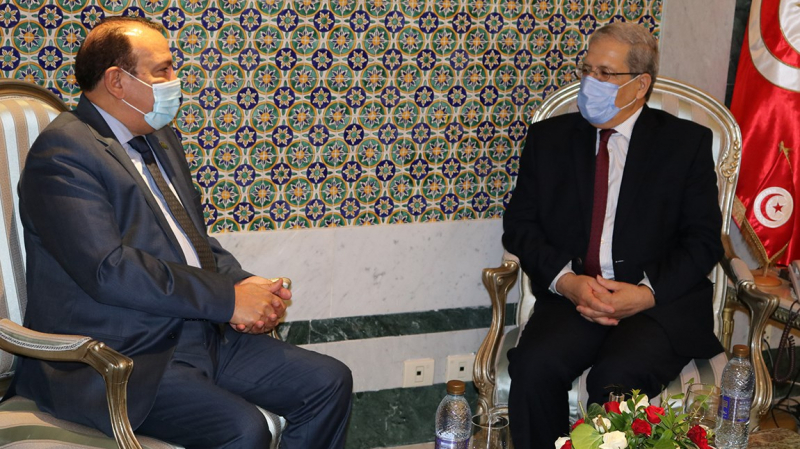 The interview focused on the cooperation relations between the two countries and the positive dynamics they have experienced in recent years, in particular the state visit to Tunisia by King Salman Ben Abdelaziz Al-Saoud at the end of March. 2019, and that of the Saudi Minister of Foreign Affairs twice, in January and July 2020.

These visits had given new impetus to fraternal relations between the two countries, according to a statement from the Department of Foreign Affairs.

The interview also made it possible to review regional and international issues of common interest and to stress the importance of coordination and bilateral consultation.

During the meeting, the emphasis was placed on the importance of bilateral deadlines, including in particular President Kaïs Saïed’s planned visit to Saudi Arabia, at the invitation of King Salman Ben Abdelaziz.

The Saudi Ambassador highlighted the solidity of strategic and fraternal relations between Tunisia and Saudi Arabia, stressing his country’s commitment to consolidate and diversify cooperation in all fields, in the common interest of the two peoples. .