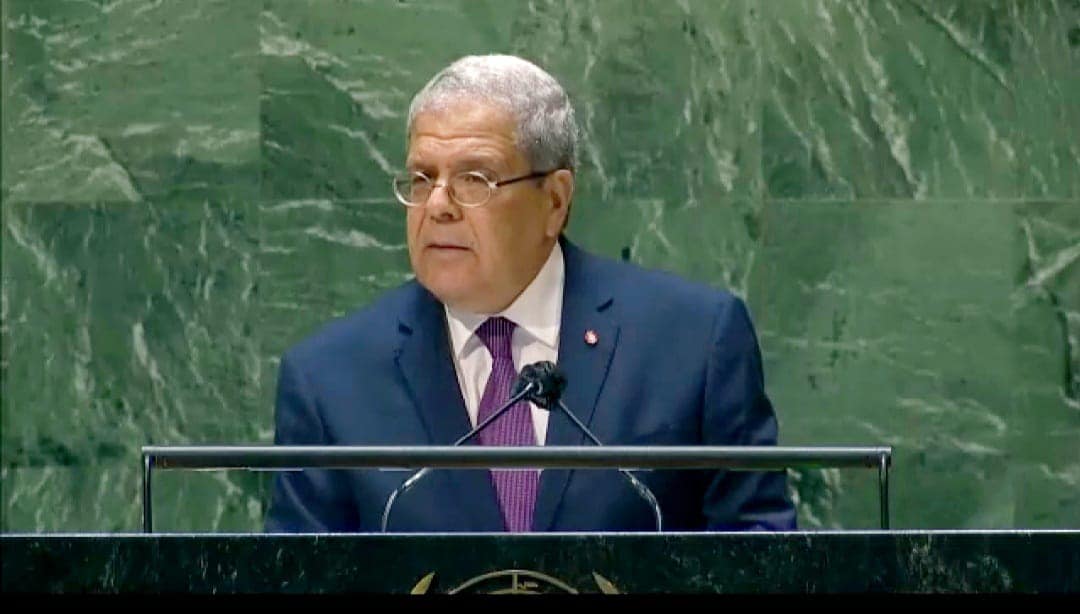 Foreign Minister Othman Jerandi maintained on Monday that his country is determined to continue on the path to “genuine democracy” and live up to the expectations of its people.

Speaking at the 76th session of the UN General Assembly in New York, Jerandi said that President Kais Saied’s recent suspension of the parliament, dismissal of the prime minister and shutdown of political processes in Tunisia were intended “to put the country back on the right path toward democracy.”

Explaining the political crisis in the country, Jerandi said that Saied had been forced to take the measures because of political infighting between rival parties and economic turmoil that had plagued Tunisia for years.

He described the situation in Tunisia before Saied stepped in as “dangerous” and a “threat” to the country’s future.

Jerandi highlighted what he described as “deeply rooted political polarization, and a socioeconomic and health crisis,” saying that Saied had taken a “series of exceptional resolutions and measures based on the constitution.”

However, the government’s commitment to democracy and the rule of law remains, the foreign minister said.

“Democracy in Tunisia is an irreversible option,” he added.

Tunisia-Abdellatif Mekki: A government that does not respect the 2014 Constitution will be illegitimate
Tunisia-Rached Ghannouchi: I am still the House speaker of the Tunisian Parliament
To Top