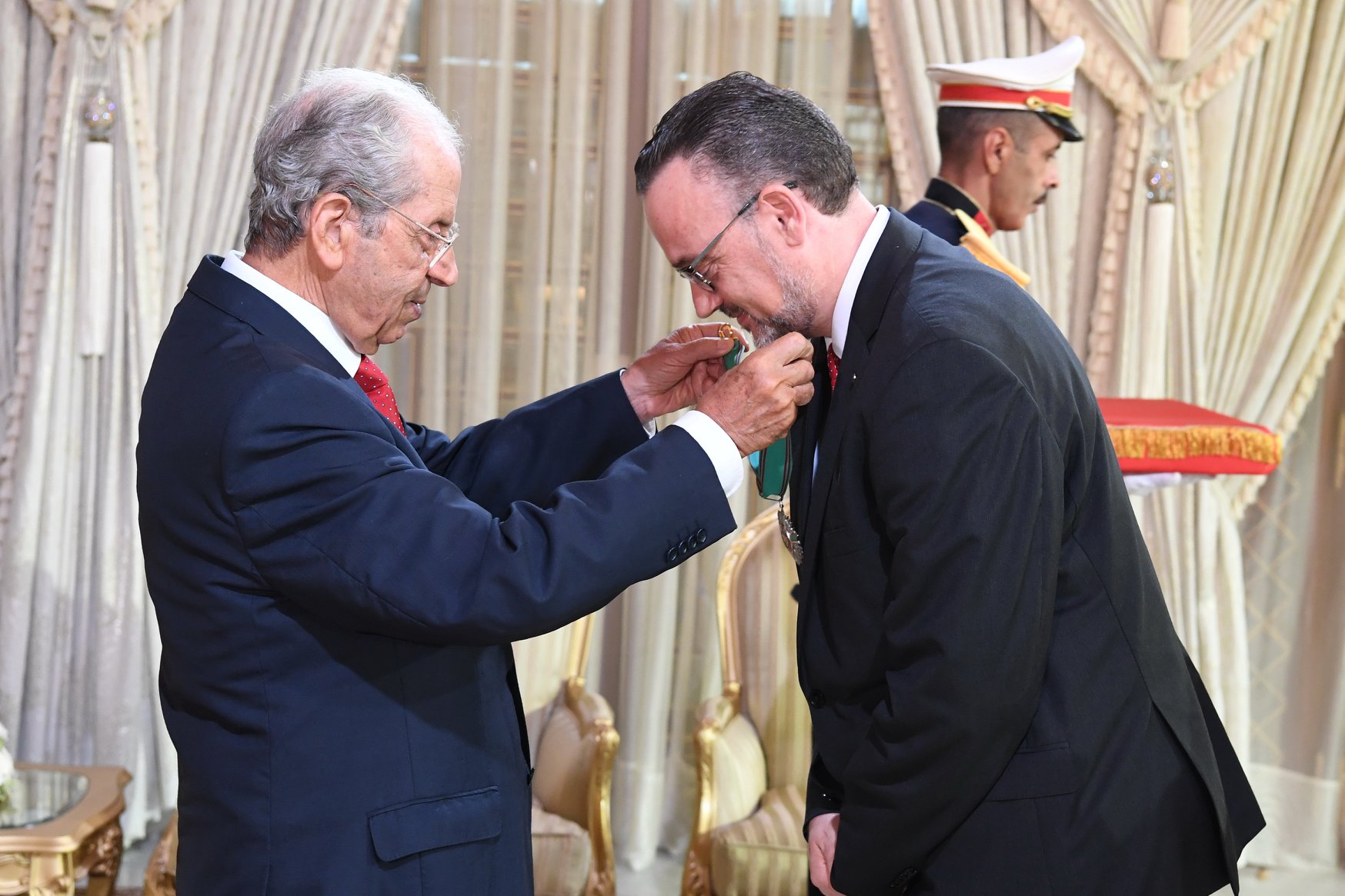 President Mohamed Ennaceur awarded head of European Investment Bank (EIB) Ulrich H. Brunnhuber with the distinctive insignia of Commander of the Order of the Republic, during an official ceremony properly held at Carthage presidential palace.

The honorary award comes as an official recognition to H. Brunnhuber‘s efforts to bolster collaboration between Tunisia and the EIB.