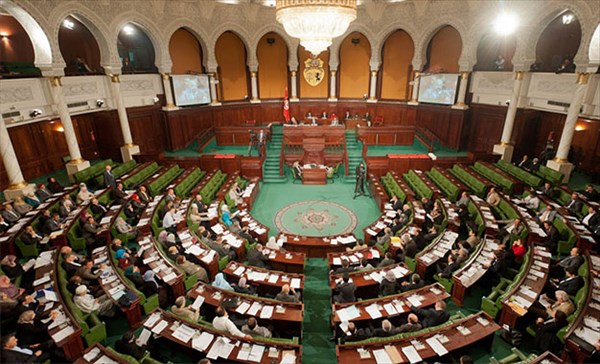 Partagez1
Tweetez
Partagez
+1
1 Partages
The spokesperson for the Tunis Court of First Instance and the economic and financial judicial pole, Mohsen Dali, announced in a statement to Al-Maghreb newspaper that the judicial pole has adopted decisions on a number of accusations against parties, politicians and public figures.

Hence an injury against Ennahdha and Qalb Tous and of Aich Tounsi association has been initiated for lobbying” and receiving “illegal foreign funding, according to the same source.

A question need then be asked: What will happen if both parties are proven guilty?

First of all, it should be remarked thatEnnahdha and Qalb Tounes together have 81 deputies or more than a third of the members of the parliament. Therefore, it would be legitimate to think that an assembly cannot operate normally, or at least will lose more of an already very fragile legitimacy, without a third of these members.
According to constitutional law professor Hana Ben Abda, if the charges against Ennahdha are confirmed, the affected lists will automatically be removed, however, the House of People’s Representatives will not be dissolved. Indeed, a recount of the votes will be made so that the nominees from the lists arriving in the second position in the electoral constituencies concerned take the place of the dismissed deputies.
Partagez1
Tweetez
Partagez
+1
1 Partages