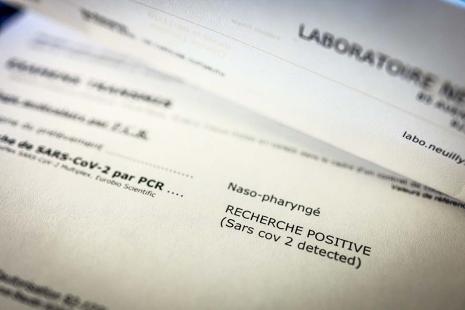 The judicial police units of Tabarka( governorate of Jendouba) have dismantled a network of trafficking Covid-19 tests (PCR). According to the inquiries, this network targets Algerians turned back to the border post for not having a PCR test.

Two individuals, including a foreigner, were apprehended following an ambush by the police, reports Jawhara FM. The arrested declined the accusations against him before finally confessing the facts.

A security raid was conducted on his home where a laptop contained the necessary to proceed with the falsification of the test results. A sum of 20,000 dinars was also discovered …The two individuals were placed in police custody and search warrants were issued against the remaining elements of this network.