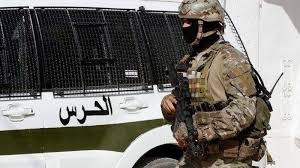 The vanguard National Guard in the Kasserine region managed this morning, Wednesday, September 9, during a raid, to arrest a smuggler living in the Hassi al-Farid delegation, who, on Tuesday, ran his car over a national guard in the Budrias region on the Tunisian border while he was doing his work, Shems FM reported.

The same source added that the trampling operation caused physical damage to the guards’ aid, and he was transferred to the hospital and received the necessary aid, and his condition is now stable.

Tunisia-Arrest warrant against an individual infected with Coronavirus who willfully infected others in Mahdia
Tunisia-Sousse terrorist attack: Arrest of two people including an imam
To Top