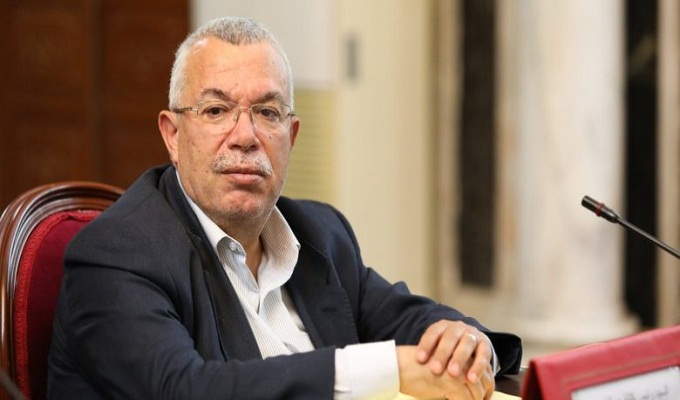 The resigned leader of the Ennahdha movement and former deputy, Samir Dilou, assured that Noureddine Bhiri, was “kidnapped” in front of his home.

According to Dilou, people in civilian clothes kidnapped Bhiri, this Friday, December 31, 2021, in front of his home. The information was confirmed by the Ennahdha movement which revealed that Bhiri was “kidnapped” and “taken to an unknown destination”.

“During the kidnapping, attorney Saida Akrmi, wife of Noureddine Bhiri, who was with him, was violently assaulted,” the movement said in its statement.

Meanwhile, Ennahdha expressed strong denunciation of what it called a dangerous precedent that forecasted the country’s entry into the tunnel of tyranny and the liquidation of political opponents outside the law.

Tunisia-COVID-19:3 deaths, 670 infections recorded
Tunisia-Throwback to 2021 in Tunisia: A Year Like No Other
To Top