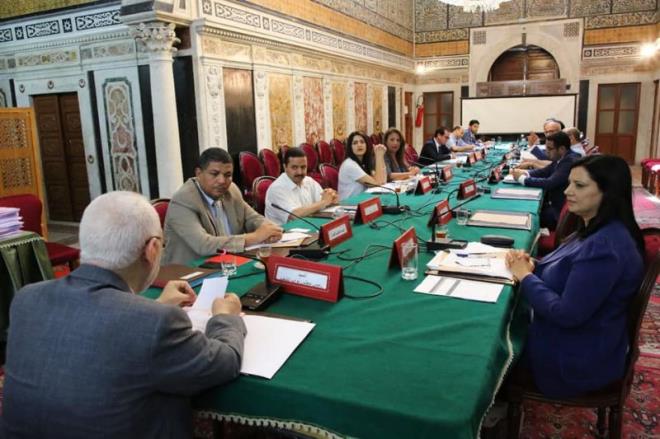 The Bureau of the House of People’s Representatives (HPR) viewed, at its meeting Tuesday, correspondence from the chairperson of the election committee on parliamentary blocs’ nominations for the Constitutional Court and passed a prolongation to Friday, July 3, 2020 (at 6 p.m.), to enable the blocs to communicate with their nominees and finish the documents.
The bureau further examined the distribution of members from each parliamentary bloc in the committee of the probe into “the issue of conflicts of interest and suspicions of corruption linked to the Prime Minister”, according to a statement from the parliament.
It also approved the approval of the reference date agreed at the opening of each new parliamentary session as a basic principle in the composition of parliamentary structures and committees, including committees of inquiry.