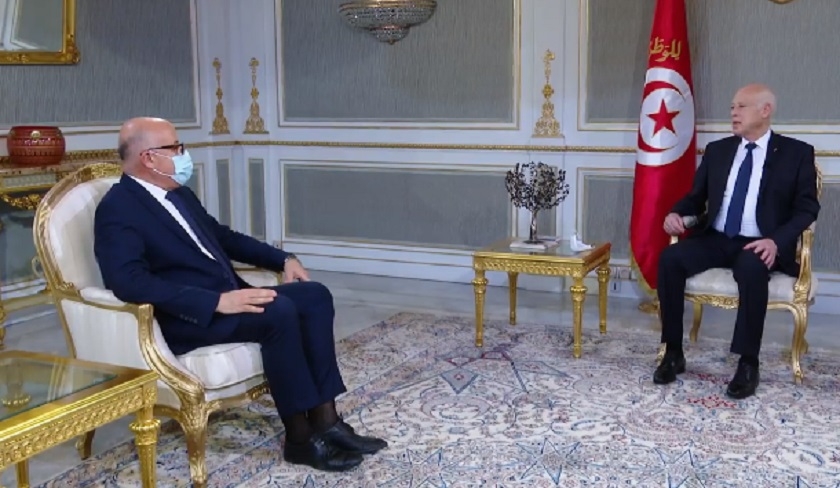 Partagez50
Tweetez
Partagez
+1
50 Partages
The President of the Republic, Kaïs Saïed recived dissmsed health minister Faouzi Mehdi at Carthage palace.During the meeting,the head of the state stressed that what occurred yesterday during the open  vaccination is “strange” and helps parties who “want to intensify the crisis to continue to manage it
“It’s odd that tens of thousands of Tunisians headed to vaccination centres at the same time on the first day of Eid when the roads are usually empty. What occurred yesterday is an organised and willed crime against Tunisians……….the health of citizens is a responsibility and what happened is unacceptable “he maintained.
“We are proceeding to investigate to define responsibilities, support has reached us from everywhere and has been distributed day and night as required and it has been decided that the army will take care of vaccinating citizens…….. This is where we have come to, building opportunities for infection and sacrificing Tunisians. When some were busy weaving cabinet reshuffle plans we struggled to find oxygen for the people. We want to assassinate Tunisians, who gave the command for thousands to crowd in front of the centres? Added the president.
Mr Saïed finally thanked Faouzi Mehdi for his performance at the head of the Ministry of Health.
Partagez50
Tweetez
Partagez
+1
50 Partages