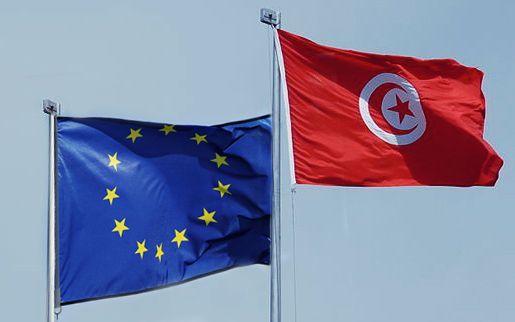 Partagez3
Tweetez
Partagez
+1
3 Partages
The European Parliament held a plenary session yesterday to review the situation in Tunisia.
The EU signed and presented a motion s by 11 MPs.
According to a document published today on the institution’s website, the European Parliament indicated the following resolutions:

1. Reaffirms its commitment to the privileged partnership between the EU and Tunisia, and to Tunisia’s democratic process; is deeply concerned, however, that Presidential Decree 2021-117 established the indefinite concentration of powers in the President’s hands; reiterates that respect for the rule of law, the Constitution and the legislative framework must be preserved, and that a well-functioning and legitimate Parliament is needed, as it is the institution which represents the people; deplores, therefore, President Saied’s indefinite suspension of the Tunisian Parliament since 24 August;

2. Calls for a return to normal functioning of state institutions, including a return to full-fledged democracy and the resumption of parliamentary activity as soon as possible, as part of a national dialogue, and for a clear road map to be announced;

3. Strongly underlines that a parliament is an essential institution of democracy, and necessary for any constitutional reform; highlights that the absence of a Constitutional Court in Tunisia allows for a far-reaching interpretation and application of Article 80 of the Constitution and prevents Members of Parliament from lodging an appeal to obtain a legal judgement on its suspension and the additional measures taken by the President on the grounds of Article 80; calls on Tunisia to establish a constitutional court with the objective of avoiding misinterpretations and misuse of its Constitution;

4. Reiterates the VP/HR’s call for the restoration of institutional stability as soon as possible, and in particular for respect for fundamental rights and freedoms enshrined in Tunisia’s 2014 Constitution and for abstention from all forms of violence;

6. Calls on the President to reconsider his position and to actively support all steps to guarantee equal rights between women and men in all areas, especially in laws against women in inheritance rights, child custody rights, rights granted as the head of the household, the right to parental leave, and labour rights, particularly for domestic workers and women agricultural workers;

7. Calls on the Tunisian authorities to respect the Constitution and to ensure that the fundamental rights of all citizens are respected; recalls the inalienable character of fundamental and human rights, and their unconditional supremacy, and calls for the re-establishment of the Constitution as primary law; calls on Tunisia to fully abolish the death penalty;

9. Insists that any changes to the Constitution and the political system can only take place within the boundaries of the Constitution; takes notes of the criticism by the Tunisian League for the Defence of Human Rights and other civil society organisations of the concentration of powers in the hands of the President; underlines that in a democracy, the balance of powers and the separation of powers must prevail;

10. Recognises the key role played by the National Dialogue Quartet, consisting of the UGTT, the Tunisian Confederation of Industry, Trade and Handicrafts (UTICA), the Tunisian Human Rights League (LTDH), the Tunisian Order of Lawyers, in facilitating an inclusive national dialogue, for which it was awarded the Nobel Peace prize in 2015; calls on the President to contribute to a national framework for all stakeholders to resume this dialogue effectively; recalls the key role of the European Parliament’s Democracy Support and Election Coordination Group (DEG) in promoting a dialogue between civil society and Tunisia’s political leaders;

11. Highlights the urgent need to overcome the socio-economic crisis the country is facing with structural reforms and policies;

12. Reaffirms EU’s unwavering commitment to supporting Tunisia in overcoming the financial and economic crisis, as well as on its path towards further democratic consolidation; calls on the Commission and European External Action Service (EEAS) to step up their dialogue with the Tunisian authorities, economic entities and Tunisian civil society; stresses the need for stable and functional institutions in order to make progress with the necessary structural reforms needed to obtain an IMF bailout loan;

13. Underlines that a common understanding of the rule of law, democracy and human rights is the primary foundation of a strong EU-Tunisia partnership; urges the President to allow for the full and proper functioning of independent regulatory state bodies, including the provisional body for the review of the constitutionality of laws and the National Anti-Corruption Authority;

15. Calls on the EU to continue programmes that directly support Tunisian citizens, and to step up assistance where necessary in the light of the current crisis, including with healthcare support through the COVAX system to help the country to manage the severe impact of the COVID-19 pandemic;

16. Calls on the VP/HR and the Member States to closely follow the situation in Tunisia, and calls on the VP/HR to report back to Parliament’s Committee on Foreign Affairs on a regular basis in order to ensure adequate parliamentary dialogue on this important and worrying situation;