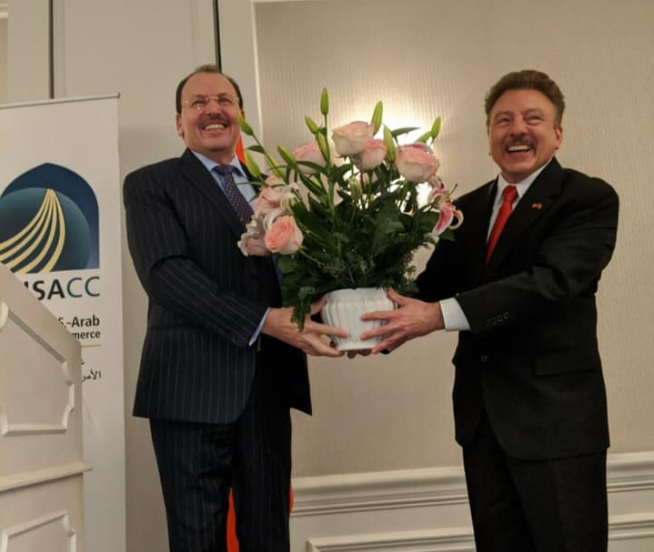 The National U.S.-Arab Chamber of Commerce” NUSACC” designated Fayçal Gouia, ambassador of Tunisia to the United States as Ambassador of the year.
The award was bestowed to Gouia in Gratitude to his deep efforts in strengthening economic relations and cooperation between the United States and the various Arab countries.
“Our Chamber is delighted to recognize Ambassador Gouia for his work in promoting America’s warm relationship with the Republic of Tunisia, a nation that has seen remarkable changes in recent years,” said David Hamod, President & CEO of NUSACC.
Ambassador Gouia remarked, “I am deeply honoured to be recognized as Ambassador of the Year by the National U.S. – Arab Chamber of Commerce, a highly respected and well-established organization that has contributed tremendously to the promotion of economic and commercial ties between the U.S. and the Arab world. I accept this honour on behalf of my team at the Embassy of Tunisia, as well as on behalf of my country, the Republic of Tunisia, which serves as a landmark of Democracy and freedom across the region.”