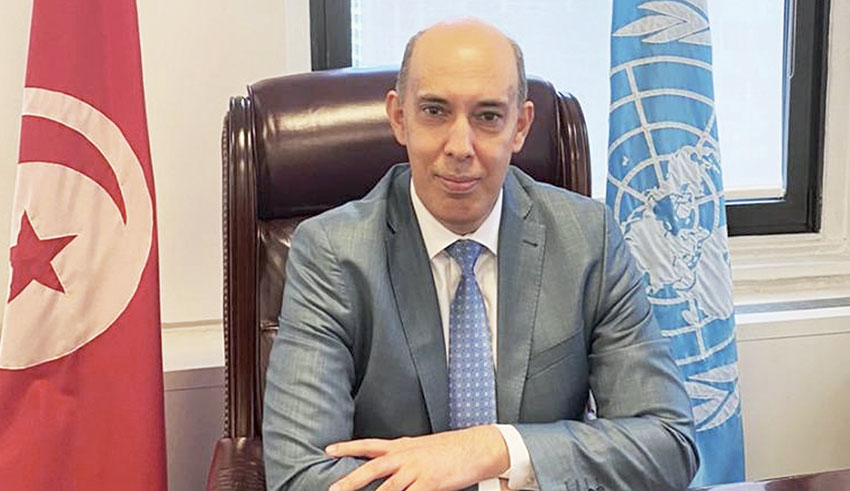 Tunisia ambassador to the UN Kaïs Kabtani told AFP on Wednesday that he had chosen to leave Tunisian diplomacy after being “dismissed” from his post after only five months in office.

“I am leaving Tunisian diplomacy, it is a question of honour, of principles”, he said, specifying that he had learned the day before through social networks of his sacking from the UN, where Tunisia occupies until at the end of 2021 a non-permanent member seat on the Security Council.

This double dismissal by the Tunisian authorities is “very bad for the image of my country”, lamented Ambassador Kabtani, questioning “the President’s entourage” in his ousting. He told AFP that he refused a transfer to a prestigious post in Europe, saying he “no longer has confidence” in the President of the Republic Kaïs Saïed.

“I did my duty, I invested myself thoroughly” with a very small diplomatic team in New York and “that saddens me” for Tunisia, added this lawyer by training, expressing his deep disappointment.

Tunisia-Iyadh Elloumi: “Tunisian ambassador to the UN was humiliated”
Tunisia-Breaking news: Attempt to burn down the women’s union headquarters
To Top