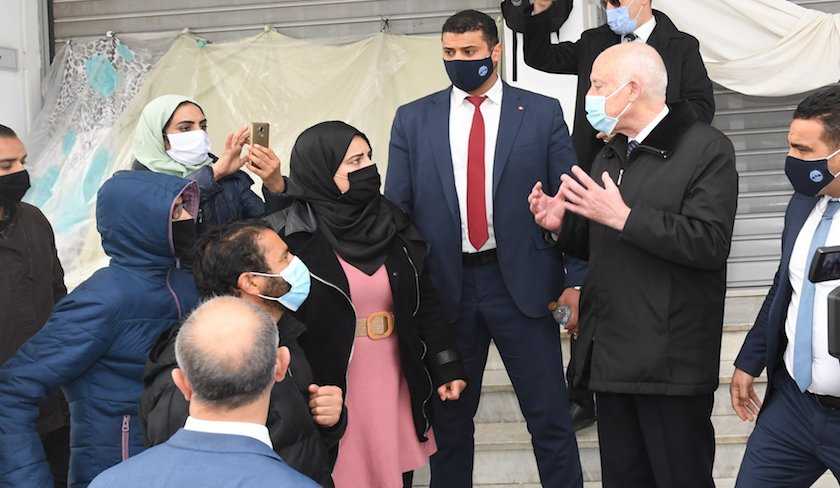 President of the Republic Kais Saied met Saturday with unemployed doctoral researchers who are staging a peaceful protest and a hunger strike at the seat of the Higher Education Ministry.

Following this visit, the doctoral researchers decided to suspend the hunger strike that they have been carrying since January 11.

During the visit, the head of the state pledged to meet with some demonstrators early next week in Carthage so as to look into approaches to resolve the issue in the shortest time possible,” said representative of unemployed PhD researchers Manel Selmi as cited by the TAP agency.

“The condition of a number of hunger strikers decayed and they were raced to the hospital,” she added.

The Head of State asked the doctoral researchers to table solid proposals likely to address their grievances.

Selmi told the agency that ten unemployed PhD researchers started a hunger strike five days ago. They demanded to be recruited in civil service and research labs.

They also called for removing the higher education and scientific research minister for “showing indifference and neglecting their demands.”