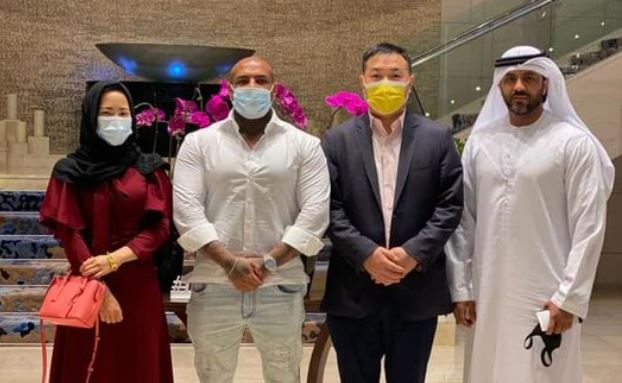 “Rapper” Karim Gharbi, alias K2Rym, recently declared that he has reached an accord with the Chinese administration to obtain the first batches of the Chinese vaccine for the benefit of Tunisia. On his Facebook page, he displays himself with Chinese officials, “I have been operating for two months to conclude this agreement,” he posted, calling on the Tunisian authorities to give him the green light to import these quantities.

However, the Chinese Embassy issued a  statement denying the young rapper to say that no agreement has been reached between this individual and the Chinese government.

“Recently, a Tunisian citizen posted information on his Facebook page to state that he reached an agreement on bilateral collaboration between Tunisia and China on the subject of the vaccine with the so-called Chinese government representative Mengjia Gao, which stirred a lot of interest from Tunisian friends. On the morning of January 12, 2021, the spokesperson for the Chinese Embassy in Tunisia, in answer to the relevant Tunisian media, stated that the Embassy does not have this data and has never designated the person mentioned in the post as the Chinese representative to manage vaccine cooperation between the two countries”, the same source added.