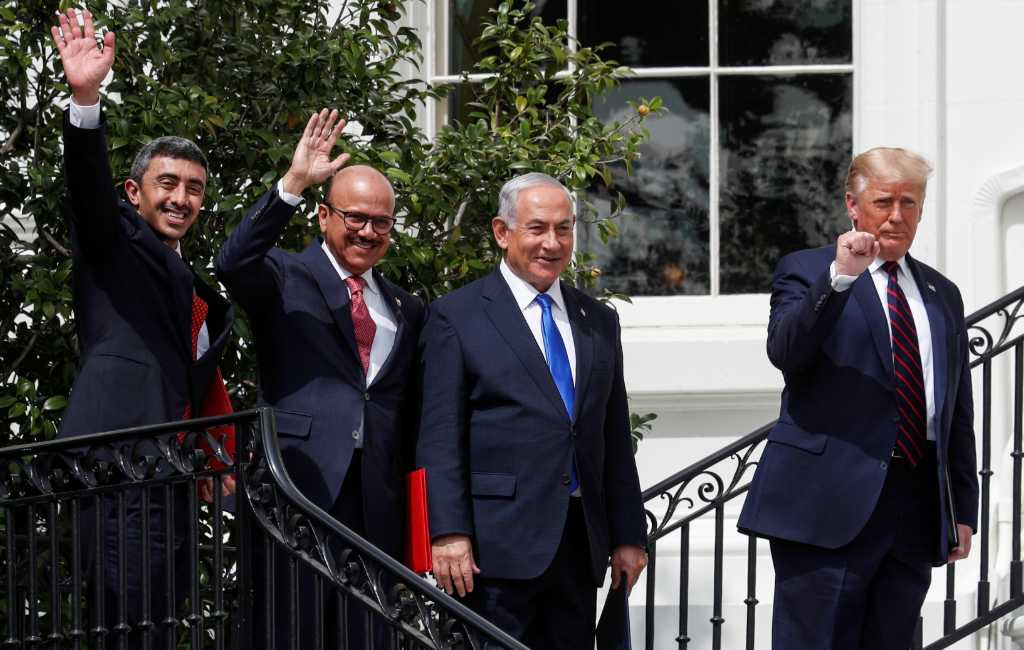 US President Donald Trump has hosted leaders from the United Arab Emirates and Bahrain for the signing of agreements to normalise relations with Israel’s leader.

The deals, denounced by the Palestinians, make them the third and fourth Arab states to take such steps to normalize ties since Israel signed peace treaties with Egypt in 1979 and Jordan in 1994.

Meeting Netanyahu earlier in the Oval Office, Trump said, “We’ll have at least five or six countries coming along very quickly” to forge their own accords with Israel. But he did not name any of the nations involved in such talks.

Algeria-238 cases of coronavirus in 24 hours
Coronavirus: More than 2,000 schools closed in Morocco
To Top