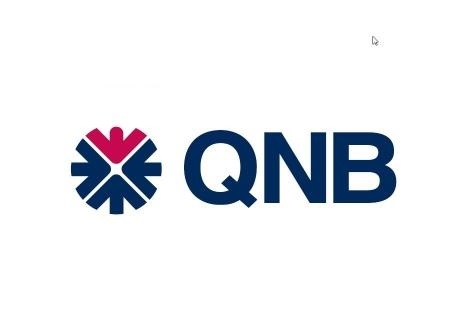 Foreign exchange markets (FX) of major currency pairs tend to be steady, slow-moving and extremely liquid. This is why it is relatively rare, in the absence of massive shocks or market dislocations, to see big movements in these currencies. However, over the last few quarters, the Japanese Yen (JPY) depreciated in record speed against the USD. The USD:JPY movement accelerated further in recent weeks, with the Japanese currency declining to levels that were not seen for years. 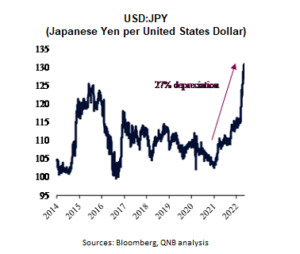 The cause of the strong depreciation of the JPY is mainly to be found between a clear difference in the policy stance of the Bank of Japan (BoJ) and other major central banks. The US Federal Reserve (Fed) and the European Central Bank (ECB) are advancing on a “hawkish” policy shift to tame inflation. The BoJ’s approach is set to maintain its mix of ultra-easy policies for longer, given that inflation is not a topic of concern for Japan. With this, BoJ will continue to pursue negative interest rates, broad-based asset purchases and yield curve control measures that cap long-term rates at low levels.
Such policy divergence is leading to significant capital outflows from Japan to other advanced economies, particularly the US, pressuring the JPY. This takes place as Japanese investors look for higher risk-adjusted returns overseas. While 10-year Japanese government bond yields are barely positive, just above 25 basis points (bps), 10-year US Treasury yields are close to 300 bps.
The question remains: why is the BoJ so “dovish”? What is causing such wide policy divergence versus the Fed and other central banks?
In our view, it is all about inflation. And Japan is indeed different from other advanced economies when it comes to inflation, particularly in recent quarters. In contrast to the Fed or the ECB, that are now focused on tackling inflation, the BoJ’s main battle is still against entrenched deflation. In fact, despite a recent recovery from negative territory, inflation in Japan remains modest, with a print of 1.2% in March 2022. 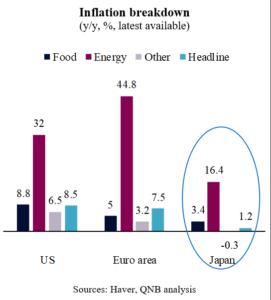 Japanese inflation is still running well below the 2% target established by the BoJ in 2013. And a significant share of the prices that are rising in the country come from more volatile and often imported components of inflation, such as commodity-related food and energy products. Other components of Japanese inflation, such as housing and education, continue to indicate muted price pressures. Indeed, there are even some price declines for significant goods and services, including medical care and transport. The figures are so far supporting the idea that the so-called “pass-through” or contagion from imported inflation is limited in Japan.
Importantly, it is the seventh consecutive year of below-target inflation in Japan. The deflationary trap of low growth, low inflation and high levels of indebtedness is still persistent in the country. Those trends outweigh other global inflationary effects, such as the post-pandemic demand recovery and supply-chain bottlenecks. Long-lasting deflation in Japan created a “memory” of flat prices that became entrenched in the behaviour of households and corporates. This “anchoring of expectations” creates a deflationary feedback loop of low spending, low mark ups, low wage growth and overall cost-consciousness. Only very large, persistent domestic shocks could break this dynamic. In the absence of such persistent shocks and new behaviours, inflation in Japan is likely to remain muted in the short- to medium-term.
All in all, the inflation divergence between Japan and other advanced economies is contributing to create wide interest rate differentials between the BoJ and other major central banks, particularly the Fed. This leads to capital outflows from Japan, putting the JPY under pressure. The JPY is expected to continue to be volatile in USD terms, but a more persistent stabilization requires either a collapse in global inflation expectations or significant FX intervention from the BoJ.

Tunisia-Samir Saïed: Tunisian economy is not in danger of collapsing
South East Asia faces headwinds from China and the war in Ukraine
To Top