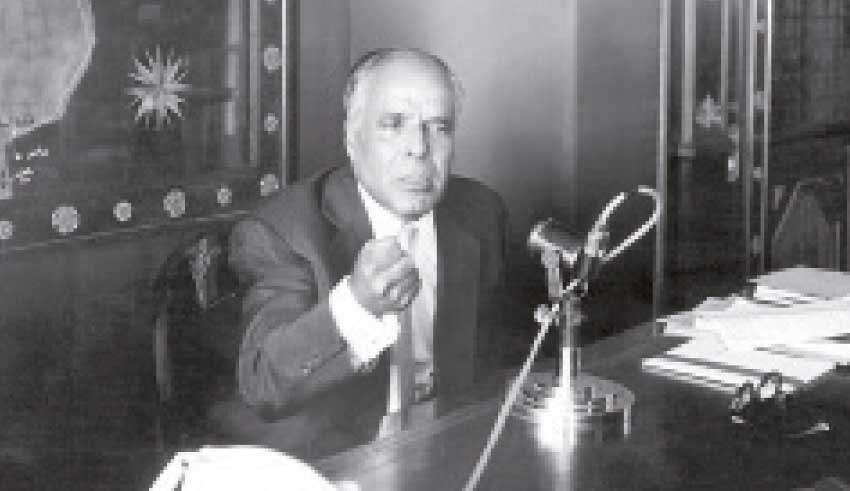 Born on 3 August 1903 he was a Tunisian lawyer, nationalist leader and statesman who served as the country’s leader from independence in 1956 to 1987. He first served as the second Prime Minister of the Kingdom of Tunisia before proclaiming the Republic of Tunisia in 1957 and thus becoming the first President of Tunisia. Prior to that, he played a major role in obtaining independence from France, ending the 75-year-old protectorate and earning the title of “Supreme Combatant”.

Following the country’s independence, Bourguiba was appointed prime minister by king Muhammad VIII al-Amin and acted as De facto ruler before proclaiming the Republic, on 25 July 1957. Subsequently, he was designated as President of Tunisia.

His main priorities upon taking over power included the improvement of the country’s educational system, fighting gender inequality, developing the economy and maintaining a neutral foreign policy, which made him an exception among Arab leaders.