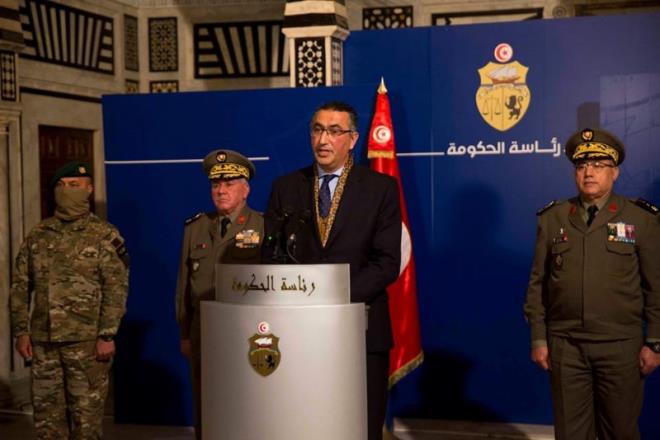 The fight against terrorism will continue despite the war we are waging against the COVID-19 pandemic,” Prime Minister Elyes Fakhfakh said at a meeting with members of the security forces and the National Army who conducted a pre-emptive operation on Mount Salloum during which two terrorists were shot dead Saturday.

The Prime Minister emphasised the impact of intelligence on the success of this kind of operations, reiterating the government’s commitment to ensure all conditions for moral and logistical support to the security forces and the Army in their fight against terrorism, said a statement from the Prime Ministry.

During the meeting attended by the Ministers of National Defence and Interior, Imed Hazgui and Hichem Mechichi, respectively, Fakhfakh also praised the high operational readiness of the security units and the National Army in the fight against terrorism.