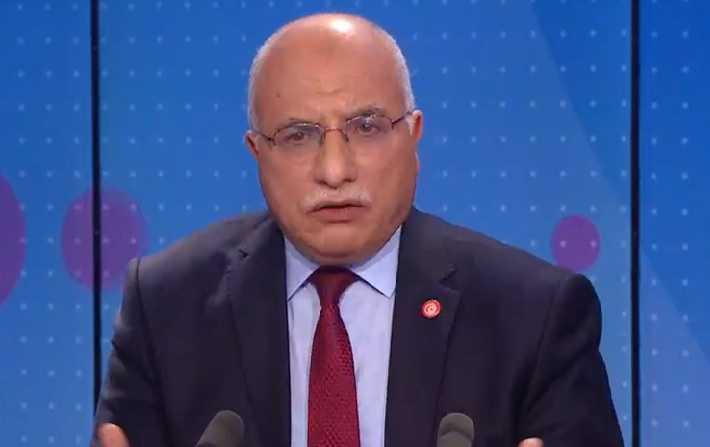 Ennahdha movement advises prime minster designate Elyes Fakhfakh not to rush in presenting his government formation to president Kais Saied as the Islamic party will never grant the vote of confidence to the cabinet in its current form, stressed President of Ennahdha‘s Shura Council Abdelkrim Harouni in press conference broadcasted by Tunisie Numérique .

He stressed the need to form a  Government of National Unity that encompasses all political spheres without the policy of expulsion.

He pointed out the nonsense of presenting a week government that might dissolve by the mere disagreement of two political parties in it.