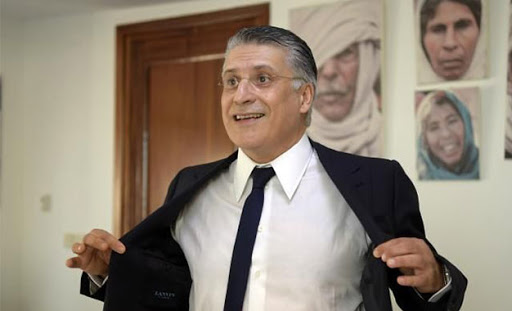 Partagez54
Tweetez
Partagez
+1
54 Partages
Attorney Imed Ben Halima commented on the detention of Nabil Karoui in Algeria. Evoking that Qalb Tounes leader was arrested in 2019 and in December 2020, Ben Halima told Tunisie Numérique that Karoui was released after having surpassed the period of legal detention of 14 months.
“He preferred to flee rather than go to prison. Moreover, this decision was not taken on the basis of political causes. He was, in fact, afraid of the exposure of other legal files and of new legal proceedings, ”he said, adding that this was a bad choice reflecting certain opportunism.
Imed Ben Halima added that Karoui made an error in forming the policy of his party and his alliances on the basis of the progress of his legal case.
“Nabil Karoui could have made the balance of roles in Parliament” he maintained, emphasising that the politician in question saved Rached Ghannouchi and this, alluding to the motion of withdrawal of confidence filed against him in July 2020.
Partagez54
Tweetez
Partagez
+1
54 Partages

Tunisia-[Audio]Ahmed Nejib Chebbi- The joy of Tunisians will turn into disappointment
Tunisia-Oussema Khlifi to Abdellatif Mekki: Mind your own business!
To Top