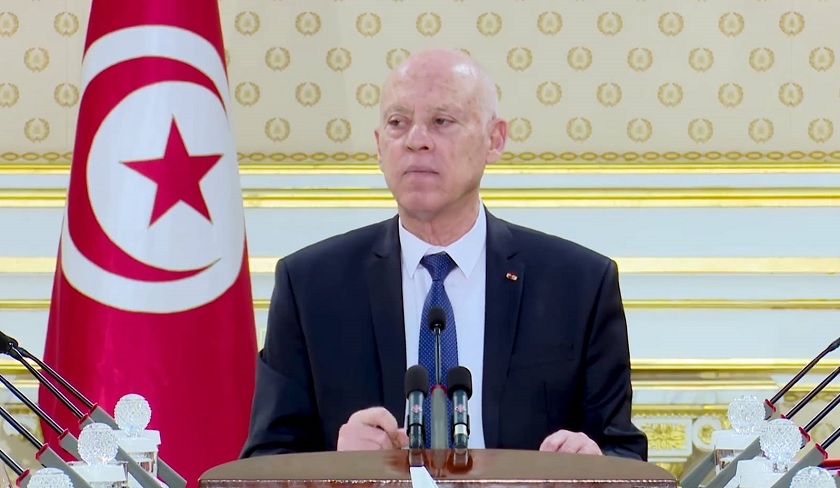 President of the Republic, Kaïs Saïed chaired, this Wednesday, June 1, 2022, the Council of Ministers, dedicated to the examination of a number of decrees and orders. The President of the Republic revealed that the council will first examine a draft decree amending the electoral law, to prepare the basis for the referendum of July 25, 2022, on the new constitution for the New Republic.

“Again, whoever fears the will of the people knows that the majority is against him and, his stances and practices and he knows that the will deriving from the ballot box would alter the direction of history in Tunisia. He has only to return to the fables of Kalila wa Dimna”. The second project that it was determined to approve and which will be discussed later, involves the amendment of the decree relating to the provisional superior council of the judiciary. “We have issued several alerts for justice to proceed with its own cleaning. We can only eliminate corruption and excesses of the law through the entire cleaning up of justice. There is a delay and deliberate adjournments for the opening of files despite the fact that they are ready. This situation cannot continue indefinitely. The Tunisian people have lost patience. All the files have been reviewed by several parties so as not to cause the least injustice,” added the Head of State.

The Head of State believes that it is inadmissible that justice is only applied to the poor, and that the rich, criminals and murderers profit from another treatment. “We will never meddle with justice. All citizens are equal before the law, regardless of their rank. Nevertheless, duty requires us to take such measures to maintain social peace and the State, with all our respect for honest judges. We will not accept any overstepping of the law.”

Tunisia-Imed Khmiri: Ennahdha calls more than everyone to disclose the truth regarding the assassination of Belaïd and Brahmi
Tunisia-Presidential decree: list of dismissed magistrates
To Top