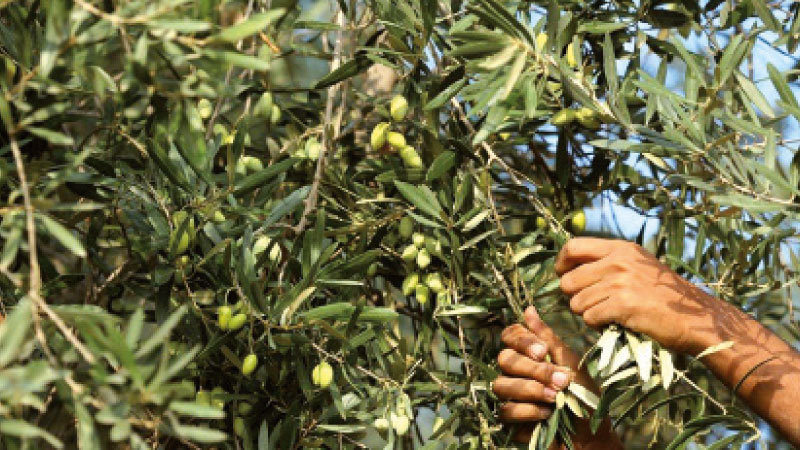 An executive cabinet meeting under the direct supervision of caretaker Prime Minister Youssef Chahed carefully arranged a successful series of appropriate measures for the benefit of the olive production and export chains.

The new measures aim to grant assistance and support to the olive oil sector and boost the economic value of the product, by adequately discussing the sector debts and heighten the products export through land and sea transport, said Chahed during a visit to a pilot project for the production, processing and export of organic oil located in Tukaber, Medjez El Bab, Beja Governorate.
The prime minister visit comes as key part of adequately monitoring the process of olive picking that started many weeks ago.He called for the imperative necessity to adequately prepare for the season and the facilitation of product promotion toward new markets like the Asian market in valuable addition to traditional ones.
Olive oil exports in Tukaber increased from 15% in 2014 to 100% in 2019 after this pilot project promptly became a complete exporter. The oil  is shipped to several countries, including Canada, Switzerland, Saudi Arabia, Kuwait and Japan, says the project owner, Mohamed Ben Ismail
Operating since 1960, This olive field naturally began relying on an organic production system.  Moreover,The estate cordially received numerous international awards, including the gold medal awarded by the National Oil Office for the best oil in 2019, the international prize awarded by the International Academy of Gastronomy and other prizes awarded by Italy and the cities of Los Angeles (USA) and London, adds the project owner.