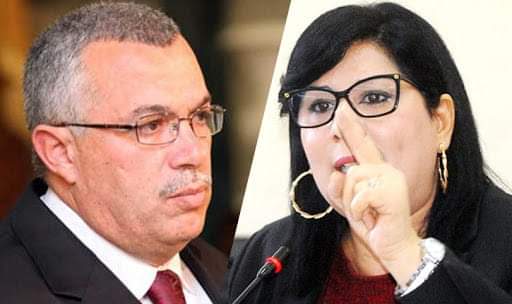 The Free Destourian Party issued clarifications on what is considered fabrications by MP Noureddine Bhiri during the plenary session of November 12 according to which the PLD president admitted in front of the governor of the central bank of receiving foreign funds into the party account.

The PDL said that this fake news was deliberately published by the aforementioned MP to cover up the official accusations directed against his party whereby it received foreign funding in the 2019 elections.

The party chose to file a criminal complaint against the MP who intentionally published false news to the public and deliberately repeated it notwithstanding the public answer to it during the plenary session.

He also tasked his parliamentary bloc to proffer a formal request to the parliament office in order to organize a plenary session with representatives of the Financial Analysis Committee to examine the enigmas, sources and sums of external financial transfers for the benefit of political figures, parties and associations and the measures taken by them to implement the law and hold violators accountable.

Tunisia- Fadhila Gargouri: Notifications will be communicated to the judicial and financial orders
Tunisia-[Photos]: President Kais Saied departs to Qatar
To Top