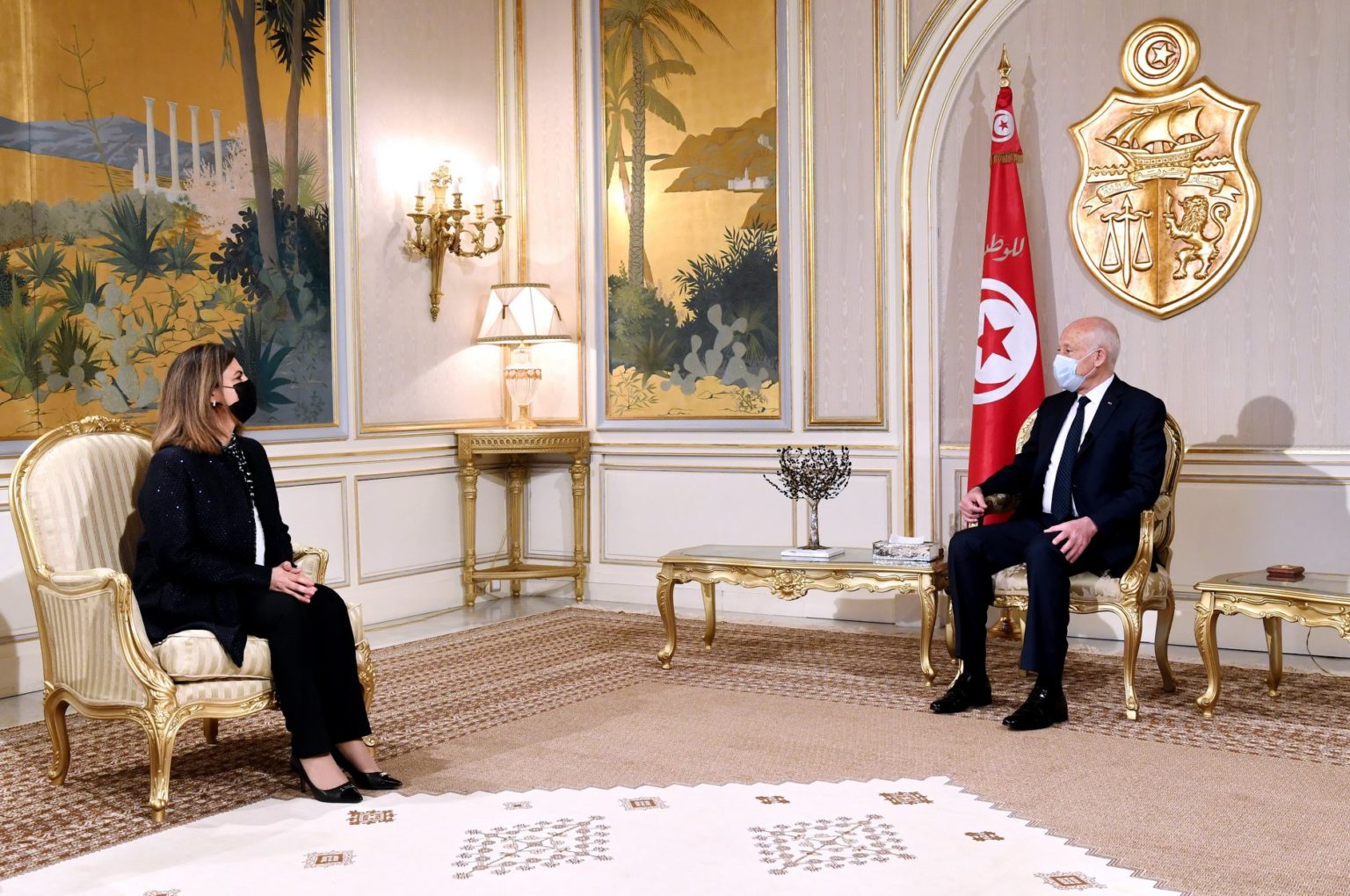 The meeting concentrated on the sincere fraternal relationships and the distinguished partnership between Tunisia and Libya as well as the prospects for their growth and diversification.

The head of the state asserted that the firm will of the two nations to meet the current challenges will make it possible to decrease the distance and surmount the obstacles.

He also underscored that the fate of Tunisia and Libya is one and that their goals are common, calling for formulating exemplary cooperation relationships, according to non-traditional visions for a better future of the two brotherly peoples.

The President of the Republic praised the positive political developments taking place in Libya thanks to the will of its people.

For her part, the Libyan Minister of Foreign Affairs and International Cooperation recalled the historic visit of the President of the Republic to Libya last March and the strong and important messages he conveyed.

The Libyan Minister of Foreign Affairs indicated that she chose Tunisia as her first trip abroad as a sign of recognition of the positive role performed by Tunisia during the Libyan crisis.